Raden (Lord) Dr. Ali Sastroamidjojo, (EYD: Ali Sastroamijoyo; 21 May 1903 – 13 March 1976) was the eighth and tenth Prime Minister of Indonesia and also the Indonesian Permanent Representative to the United Nations (UN) (1957-1960) and the first Indonesian Ambassador to the United States, Ambassador to Canada and the Ambassador to Mexico (1950-1955). In addition, he was also appointed chairman of the Asian-African Conference in Bandung in 1955 and also became chairman of the political party PNI (1960-1966).

Raden (Lord) Ali Sastroamidjojo was a nobleman born in Grabag, Central Java, Dutch East Indies (the Dutch-Colonial name of what is now known as Indonesia), to an aristocratic family of the Magelang Regency belonging to the Indonesian elite, and died in Jakarta, 13 March 1976.

Ali Sastroamidjojo is greeted by Zhou Enlai upon his arrival in Beijing, 26 May 1955.

Like most other young men of nobility in Indonesia, Sastroamidjojo attended a Dutch school, the Queen Wilhelmina School, and went on to study law at Leiden University in the Netherlands where he received a doctorate in law.

Sastroamidjojo was a key figure in the negotiations of the Sino-Indonesian Dual Nationality Treaty.

The current Embassy of Indonesia in Washington, D.C. was purchased by Ali Sastroamidjojo on 19 December 1951 for $335.000.

In addition to being a political figure, he was also a noted author having published several books and publications in the field of international relations and foreign policy, including Introduction to International Law (1971), Indonesian Foreign Policy (1972), an autobiographical book of his journey and milestones (1974), and Four Indonesian students in the Netherlands (1975). 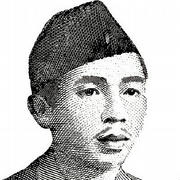