Ali Muhammad (1940 – 8 August 2016), known professionally as Ali Baba (Sindhi: علي بابا‎, Urdu: علی بابا‎), was a Pakistani dramatist, story writer, and literary figure of the Sindhi language. He died on 8 August 2016 due to heart attack in his homeKarachi.

Baba was born in 1940 in Kotri. His parents had migrated from Balochistan to Sehwan Sharif and later shifted to Kotri. His father worked at Pakistan Railways. Ali Baba was appointed in Pakistan Railways as a clerk and then he left the job and joined a textile mill as Assistant Manager. He did a private job for four years then left in 1965 and started to write using the pen name Ali Baba.

He received his primary education at Nango Line Municipal Primary School and from Sher Dil Khan Municipal High School in Kotri he did his matriculation. During matriculation examination he had a quarrel with a student in examination hall, subsequently the examiner expelled him from there. Since then he never turned to any school.

Ali Baba traveled throughout Sindh and portrayed every person from different walk of life in his stories and dramas. He has written several dramas for Radio and Television. His one of the famous dramas Dungi Majh Darya (Sindhi: دنگيءَ منجھ دريا‎) got international fame. This drama was entitled as world's 3rd number drama in the annual festival of Munich and received "German Award". In this celebration 92 countries participated. He was also editor of some magazines. His source of livelihood is writing of dramas.

Ali Baba died on 8 August 2016 due to heart attack Karachi. 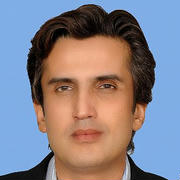 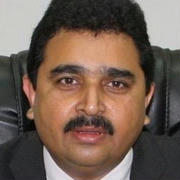 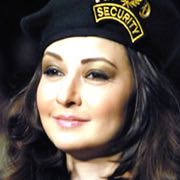