Armenian Greco-Roman wrestler for the Soviet Union and later Germany

Alfred Ter-Mkrtychyan (Armenian: Ալֆրեդ Տեր-Մկրտչյան, born 19 March 1971) is a former Armenian Greco-Roman wrestler for the Soviet Union, Unified Team, and Germany. He is an Olympic silver medalist and European Champion for the Unified Team and World Champion for Germany.

Ter-Mkrtychyan was born on 19 March 1971 in Yerevan. In 1985, he took up Greco-Roman wrestling in Moscow and became fascinated with the sport. He won the Junior European Championships in 1990 and competed as a senior from then on. He became a member of the Soviet national Greco-Roman wrestling team soon afterward. Following the collapse of the Soviet Union, he won a gold medal at the 1992 European Wrestling Championships and competed for the Unified Team at the 1992 Summer Olympics in Barcelona. Ter-Mkrtchyan advanced to the finals, where he faced reigning Olympic Champion Jon Rønningen. Ter-Mkrtchyan was ahead 1-0 for most of the fight but Rønningen scored 2 points in the final seven seconds, resulting in Ter-Mkrtychyan's defeat. He won an Olympic silver medal. Ter-Mkrtychyan received Armenian citizenship that same year. He later went with his parents to the United States.

Seeking a better wrestling environment, he got in touch with his former Soviet national teammate Arawat Sabejew, who had been living in Germany. Sabejew recommended him to the German Federal Government and, in 1993, Ter-Mkrtychyan received German citizenship with the help of the Chairman of German wrestling club VfK Schifferstadt, Litzenburger Robert, who had good relations with various government authorities. Ter-Mkrtchyan was naturalized in November 1993. In Germany, he wrestled for the first for VfK Schifferstadt, but changed clubs to KSV Köllerbach.

He competed at the 1996 Summer Olympics in Atlanta, but didn't win a medal. Ter-Mkrtychyan lost in the first round, but dominated Rønningen with a score of 9-0 in the second. He ended up in ninth place.

Ter-Mkrtychyan returned to the Olympics a third time at the 2000 Summer Olympics in Sydney. He made it to the quarterfinals, where he was defeated by eventual gold medalist Sim Kwon-Ho of South Korea. Ter-Mkrtychyan was ahead in the first round with a score of 3-2, but was defeated in the end by score of 4-6. He won the fifth place match afterward.

His sporting ambitions were slowed by knee surgery in early 2001. He often had injury problems during the further course of his career. After failing to qualify for the 2004 Summer Olympics, he retired. 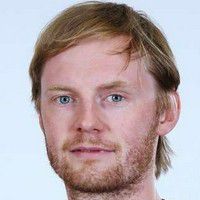 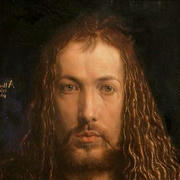