She was a part of the Espanyol squad that won the 2010 Copa de la Reina in a 3–1 win vs Rayo Vallecano.

In 2011, she started in the final of the Copa de la Reina de Fútbol for Espanyol, where they lost in extra time versus her future club, Barcelona. A month after the final, at age 17, she signed for Levante and had a successful 2011–2012 campaign, scoring 15 goals in 34 matches.

Putellas returned to Barcelona in 2012 and is currently the club's second captain.

In the 2013 final of the Copa de la Reina, she scored Barcelona's third goal versus Prainsa Zaragoza, which made headlines in the Spanish media.

Putellas was an integral part of Barcelona's 2014 Copa de la Reina campaign, scoring in each round of the knockout stage. Barcelona advanced past the quarterfinals against Real Sociedad with an aggregate score of 1–0, a Putellas goal in the away leg being the tie decider. In the home leg of the semifinals, she scored in a 2–1 Barcelona home win versus Rayo. That tie would end up finishing 3–1, propelling the team to the final against Athletic Club. Putellas scoring an outside-the-box goal in extra time of the final meant a penalty shootout for Barcelona, where she scored the game-winning fifth penalty and earned her fifth major club trophy.

In the 2016–2017 season, Barcelona reached the semi-finals of the UEFA Women's Champions League for the first time in the club's history. They were knocked out 5–1 on aggregate by Paris Saint Germain, where Putellas started both matches.

In the 2018–2019 season, she regularly started in midfield as they made it to the final of the UEFA Women's Champions League for the first time in the club's history. Putellas started both games versus Bayern, where Barcelona won 2–0 on aggregate. On May 18, 2019, Putellas started in FCB Femení's first ever UWCL final versus Lyon, who went on to win the match 4–1. She ended the season as Barcelona's top scorer in the league with 16 goals and overall with 18 goals.

For the first few months of the 2019–2020 season, she captained the side during Vicky Losada's hamstring injury, but began to start as captain in most matches by default as Losada transitioned to an off-the-bench role. On September 7th, 2019, she became the first player to ever score at the Estadi Johan Cruyff in the first edition of the women's El Clásico, a 9–1 win versus Real Madrid Femenina. In February of the following year, she started and captained both legs of the first ever Supercopa de España Femenina. In the final, she scored a brace in a 1–10 thrashing of Real Sociedad, winning her first major title with the club in two years. Later in the month, she made her 300th appearance for Barcelona against Huelva, and was honored at Estadi Johan Cruyff for the milestone in March.

After taking part in Spain's triumphs in the 2010 and 2011 U-17 European Championships, she won her first cap for the senior national team in a 2–2 pre-tournament friendly draw with Denmark in Vejle. The following day, national team coach Ignacio Quereda confirmed her as a member of his 23-player squad for the 2013 European Championship finals in Sweden. At the tournament she scored the overtime winner in Spain's 3–2 victory over England. Putellas also played 90 minutes as Spain were eliminated in the quarter-final by Norway.

Putellas was called up as part of Spain's squad at the 2015 FIFA Women's World Cup in Canada, their first ever participation in a World Cup. She started every game in the tournament, where Spain put up an uninsprising display of two losses and a draw. Her and her 22 teammates in the squad called for the resignation of long-tenured coach Ignacio Quereda, citing poor preparation for the tournament and lost confidence.

Under new coach Jorge Vilda, Putellas started in each of Spain's group stage games at the UEFA Women's Euro 2017, where they advanced to the knockouts on a head-to-head tiebreaker with a record of one win and two losses. Spain was defeated by Austria on penalties, where she was subbed in at the 68th minute.

Putellas represented Spain at the 2019 FIFA Women's World Cup, their second ever appearance in the tournament. She played in each of Spain's three group stage games where they advanced to the round of 16, making it Spain's most successful run in a World Cup. Spain put up an impressive display against the United States women's national soccer team, the eventual tournament winners. Putellas started that match, which ended up a 1–2 loss to the United States.

Along with Gerard Piqué, Alexia Putellas was named the best Catalan Player of the Year in 2015. Putellas was selected ahead of Spain teammates Marta Torrejón and Marta Corredera. Being key in Barcelona's fourth straight La Liga title and her participation in the 2015 FIFA Women's World Cup were crucial for winning the award.

The contents of this page are sourced from Wikipedia article on 15 May 2020. The contents are available under the CC BY-SA 4.0 license.
View Alexia Putellas 's image gallery
Image Gallery 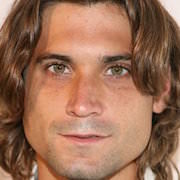