Alexey Leonidovich Pajitnov (born 14 March 1956) is a Russian video game designer and computer engineer who developed Tetris while working for the Dorodnitsyn Computing Centre of the Soviet Academy of Sciences, a Soviet government-founded R&D center.

He only started to get royalties from his creation in 1996 when he and Henk Rogers formed The Tetris Company.

Pajitnov was born on 14 March 1956 in Moscow, in the Soviet Union. He studied applied mathematics at the Moscow Aviation Institute. He then went on to work on speech recognition at the Dorodnitsyn Computing Centre where he would develop Tetris.

As a child, he was a fan of puzzles and played with pentomino toys. In creating Tetris, he drew inspiration from these toys. Pajitnov created Tetris with the help of Dmitry Pavlovsky and Vadim Gerasimov in 1984. The game, first available in the Soviet Union, appeared in the West in 1986.

Pajitnov also created a sequel to Tetris, entitled Welltris, which has the same principle but in a three dimensional environment where the player sees the playing area from above. Tetris was licensed and managed by Soviet company ELORG, which had a monopoly on the import and export of computer hardware and software in the Soviet Union, and advertised with the slogan "From Russia with Love" (on NES: "From Russia With Fun!"). Because he was employed by the Soviet government, Pajitnov did not receive royalties.

Pajitnov, together with Vladimir Pokhilko, moved to the United States in 1991 and later, in 1996, founded The Tetris Company with Henk Rogers. He helped design the puzzles in the Super NES versions of Yoshi's Cookie and designed the game Pandora's Box, which incorporates more traditional jigsaw-style puzzles.

He was employed by Microsoft from October 1996 until 2005. While there he worked on the Microsoft Entertainment Pack: The Puzzle Collection, MSN Mind Aerobics and MSN Games groups. Pajitnov's new, enhanced version of Hexic, Hexic HD, was included with every new Xbox 360 Premium package.

On 18 August 2005, WildSnake Software announced that Pajitnov would be collaborating with them to release a new line of puzzle games.

Pajitnov's son, Dmitri, died in a skiing accident on Mount Rainier in 2017.

In 1996, GameSpot named him as the fourth most influential computer game developer of all time.

On 7 March 2007, he received the Game Developers Choice Awards First Penguin Award. The award was given for pioneering the casual games market.

On 24 June 2009, he received the honorary award at the LARA - Der Deutsche Games Award in Cologne, Germany. 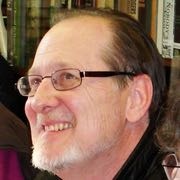