Alexandros Panagoulis (Greek: Αλέξανδρος Παναγούλης; 2 July 1939 – 1 May 1976) was a Greek politician and poet. He took an active role in the fight against the Regime of the Colonels (1967–1974) in Greece. He became famous for his attempt to assassinate dictator Georgios Papadopoulos on 13 August 1968, but also for the torture to which he was subjected during his detention. After the restoration of democracy, he was elected to the Greek parliament as a member of the Centre Union (E.K.).

Alexandros Panagoulis was born in the Glyfada neighbourhood of Athens. He was the second son of Vassilios Panagoulis, an officer in the Greek Army, and his wife Athena, and the brother of Georgios Panagoulis, also a Greek Army officer and victim of the Colonels' regime, and Efstathios, who became a politician. His father was from Divri (Lampeia) in Elis (Western Peloponnese) while his mother was from the Ionian island of Lefkada. Panagoulis spent part of his childhood during the Axis occupation of Greece in the Second World War on this island.

He studied at the National Technical University of Athens in the School of Electrical Engineering.

From his teenage years, Alexandros Panagoulis was inspired by democratic values. He joined the youth organisation of the Centre Union party (E.K.), known as O.N.E.K., under the leadership of Georgios Papandreou. The organisation later became known as Hellenic Democratic Youth (E.DI.N.). After the fall of the Colonels' regime and the restoration of parliamentary rule, Panagoulis became the Secretary-General of E.DI.N., on 3 September 1974.

Resistance to the dictatorship

Alexandros Panagoulis participated actively in the fight against the Regime of the Colonels. He deserted from the Greek military because of his democratic convictions and founded the organization National Resistance. He went into self-exile in Cyprus in order to develop a plan of action. He returned to Greece where, with the help of his collaborators, he organized the 13 August 1968 assassination attempt against Papadopoulos, close to Varkiza. The attempt failed and Panagoulis was arrested.

In an interview held after his liberation, Italian journalist Oriana Fallaci quoted Panagoulis as saying: I didn’t want to kill a man. I’m not capable of killing a man. I wanted to kill a tyrant. He also stated that he had no regrets about his attempt to kill Papadopoulos as "he destroyed the legal government - he abolished the liberties of the people".

Panagoulis was put on trial by the Military Court on 3 November 1968, condemned to death with other members of National Resistance on 17 November 1968, and subsequently transported to the island of Aegina for the sentence to be carried out. As a result of political pressure from the international community, the junta refrained from executing him and instead incarcerated him at the Bogiati (Boyati) Military Prison near Athens on 25 November 1968.

Alexandros Panagoulis refused to cooperate with the junta, and was subjected to physical and psychological torture. He escaped from prison on 5 June 1969. He was soon re-arrested and sent temporarily to the camp of Goudi. He was eventually placed in solitary confinement at Bogiati, from which he unsuccessfully attempted to escape on several occasions.

He reportedly refused amnesty offers from the junta. In August 1973, after four and a half years in jail, he benefited from a general amnesty that the military regime granted to all political prisoners during a failed attempt by Papadopoulos to liberalize his regime. Panagoulis went into self-exile in Florence, Italy, in order to continue the resistance. There he was hosted by Oriana Fallaci, his companion who was to become his biographer.

After the restoration of democracy during the Metapolitefsi, Alexandros Panagoulis was elected as Member of Parliament for the Center Union - New Forces party in the November 1974 elections. He made also a series of allegations against mainstream politicians who he said had openly or secretly collaborated with the junta. He eventually resigned from his party, after disputes with the leadership, but remained in the parliament as an independent deputy. He stood by his allegations, which he made openly against the then Minister of National Defence, Evangelos Averoff, and others. He reportedly received political pressure and threats against his life in order to persuade him to tone down his allegations.

Panagoulis was killed on 1 May 1976 at the age of 36 in a car accident on Vouliagmenis Avenue in Athens. More precisely, a frantically speeding car with a Corinthian named Stefas behind the wheel diverted Panagoulis' car and forced it to crash. The crash killed Panagoulis almost instantaneously.

A memorial to Panagoulis is near Oriana Fallaci's tomb at Cimitero degli Allori, Florence.

Alexandros Panagoulis was brutally tortured during his incarceration by the junta. Many believe that he maintained his faculties thanks to his will, determination to defend his beliefs, as well as his keen sense of humour. While imprisoned at Bogiati, Panagoulis is said to have written his poetry on the walls of his cell or on small papers, often using his own blood as ink (as told in the poem "The Paint"). Many of his poems have not survived. However, he managed to smuggle some to friends while in prison, or to recall and rewrite them later. While in prison his first collection in Italian titled Altri seguiranno: poesie e documenti dal carcere di Boyati (Others will Follow: Poetry and Documents of the Prison of Boyati) was published in Palermo in 1972 with an introduction of the Italian politician Ferruccio Parri and the Italian film director and intellectual Pier Paolo Pasolini. For this collection Panagoulis was awarded the Viareggio International Prize of Poetry (Premio Viareggio Internazionale) the following year. After his liberation he published his second collection in Milan under the title Vi scrivo da un carcere in Grecia (I write you from a prison in Greece) with an introduction by Pasolini. He had previously published several collections in Greek, including The Paint (I Bogia).

Promise
The teardrops which you will see
flowing from our eyes
you should never believe
signs of despair.
They are only promise
promise for Fight.

My Address
A match as a pen
Blood on the floor as ink
The forgotten gauze cover as paper
But what should I write?
I might just manage my address
This ink is strange; it clots
I write you from a prison
in Greece

To most Greeks, Alexandros Panagoulis's attempted "tyrannicide" rendered him a symbol of freedom, democracy, human rights, and civil and political freedoms. He constitutes a rare instance of an attempted assassin being elevated to the status of hero of democracy due to his political ethos.

Greece issued a postage stamp in his honour (1996) and a prepaid telephone card (1996). However, the Greek state after the fall of the Colonels did not honor him for a long time. For instance, his actions are not mentioned in school textbooks, with very few exceptions. There is still growing suspicion regarding this, given that a minority of active current politicians in Greece are allegedly linked to the Colonels' regime and do not wish to promote Panagoulis' deeds. The Greek Ministry of Culture (under the minister Evangelos Venizelos) refused to contribute €1,500 in order to facilitate the translated publication of Panagoulis' poems. This has changed during the last years: by 2008, 22 streets in Athens and its suburbs are named after him and a metro station in Athens (Agios Dimitrios, which is close to the place of his death) was renamed to carry his name (Metro Station in Greek).

The life and work of Alexandros Panagoulis attracted the interest of a number of artists.

Renowned composer Mikis Theodorakis, also persecuted by the junta, set some of his poems to music. Panagoulis collaborated with composer Ennio Morricone on the 1974 album Non Devi Dimenticare, which featured Panagoulis' poetry and was partly narrated by him (LP RCA PL31238, 1979).

Panagoulis became the object of study of several researchers. One of the results was Un Uomo (A Man), by Oriana Fallaci.

The contents of this page are sourced from Wikipedia article on 26 May 2020. The contents are available under the CC BY-SA 4.0 license.
View Alexandros Panagoulis 's image gallery
Image Gallery 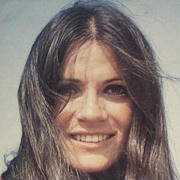 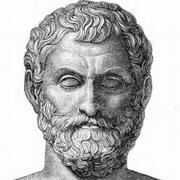 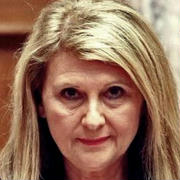