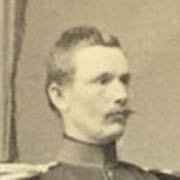 Alexander von Homeyer (19 January 1834, in Vorland, now a part of Splietsdorf – 14 July 1903, in Greifswald) was a German soldier and ornithologist. He was a cousin of Eugen Ferdinand von Homeyer, also an ornithologist.

Homeyer joined the Prussian army in 1852, and as an ensign served with the Silesian Füsilier-Regiment. In 1878 he retired from the military with the rank of major.

He took part in the second expedition of the German African society in 1874, in which he was accompanied by the explorer Paul Pogge. His other travels, during which he collected natural history specimens, included expeditions to the Mediterranean (including the Balearic Islands in 1861), Denmark, Hungary and the Balkans. From the years 1875 to 1884, he was, for the most part, engaged in systematic studies.

Homeyer published over 150 articles on ornithology, and was the first to describe the Cyprus wheatear and the semi-collared flycatcher. As a lepidopterist, he amassed a collection of around 50,000 butterflies. At his death, he left a collection of bird eggs that was one of the largest private collections known to exist — in 1906 it became part of the Senckenberg Nature Research Society.

He died at Greifswald.

The contents of this page are sourced from Wikipedia article on 10 Mar 2020. The contents are available under the CC BY-SA 4.0 license.
View Alexander von Homeyer 's image gallery
Image Gallery