Tumanskiy, Aleksandr Grigor’evich (Russian: Туманский, Александр Григорьевич) (1861–1920) was a Russian orientalist, military interpreter, and Major General of the Imperial Russian Army, belonging to an ancient aristocratic family which had originated from the Grand Duchy of Lithuania.

Aleksandr Grigor’evich Tumanskiy (Toumansky) (Tumansky) was born on 23 September 1861. From 1888–1891 Tumansky, then an officer in the Imperial Russian Army, received his Oriental education at the Officers' Courses of Oriental Languages organized by the Russian Ministry of Foreign Affairs. He studied Arabic, Turkish and Persian; in all he spoke eleven languages.

From 1891–1895 Tumansky was stationed in Central Asia. In 1894 he was responsible for establishing communications with Persia. Between 1900 and 1905 he served as the Russian vice consul in Van, Turkey. From 1908 to 1909 he was ordered to Persia again to resume his diplomatic duties. In 1911 he was appointed the head of the officers’ Oriental language preparatory school in Tiflis (Tbilisi), which functioned under the Headquarters of the Caucasian Military Command.

In March 1917, Tumansky retired from the military service with the rank of Major-General. He left Russia after the October Revolution in 1917 and died in Constantinople (Istanbul) on 1 December 1920.

Tumansky is one of the first Russian-language scholars to investigate the Bábí movement in Persia in the middle of the 19th century and the first Bahá'ís in the East. He befriended the Bahá'ís in Ashgabat where Mirza Abu'l-Fadl wrote for him the Risáliy-i Iskandaríyyh, a summary of the life of the founder of the Bahá'í Faith. In 1899 he discovered the Kitáb-i-Aqdas by Bahá'u'lláh and translated it into Russian. Now the Kitáb-i-Aqdas is generally known, but in that time it was an epochal discovery. During his research of the Bábí movement Tumansky corresponded with E.G. Browne through Baron Victor Romanovich Rosen.

Another of his discoveries was a lost work of Ulugh-Beg, an ancient manuscript entitled “Olus-e-Arba’a”, part of which, "Hudud ul-'alam", was published in 1930 and in 1937.

Being a military man, he wrote a book entitled Military Art of the Ancient Arabs in 1897.

Opinions and memories about A.G. Tumansky

Russian Orientalist I. U. Krachkovskiy (1883–1951) wrote that Tumansky was one of the rare orientalists by his calling but not by his profession. 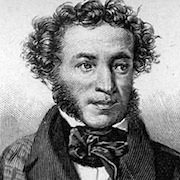