In 1982, he graduated from the Minsk Medical Institute. He worked as a doctor and participated in amateur performances.

Since 1987 - sings in different pop bands 1991 - Alexander starts his solo career, performing in a Band "Carousel." He determines his music style as schlager song. The same year he earned the nickname "Merry Milkman". He takes part in television and radio broadcasts, concerts in the CIS countries.

Solodukha names Valery Leontiev and Stas Mikhaylov as singers who influenced him.

In 1995, Alexander Solodukha comes to Russia to record his first album, "Hello, some strangers' sweetheart." The co-named song (a remake of the soviet song) has become the absolute hit of the performer. By the present moment, the performed has released 4 albums.

At the National Music Awards 2012 presented by the Ministry of Culture of the Republic of Belarus and the CTV TV-channel, Solodukha was honored in the category of “Best tour in Belarus.” 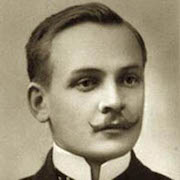