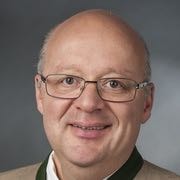 He was a substitute for the Committee on Legal Affairs and a vice-chair of the Delegation for relations with the Mashreq countries. Between 2004 and 2008, he was the EPP parliamentary group’s spokesperson on economic affairs.

In the 2008 Bavarian state elections, Radwan was elected to the Landtag of Bavaria. During his term in office, he served on the Committee on Budgetary and Finance Affairs as well as on the Committee on Federal and European Affairs. Within his parliamentary group, he was a member of the working group on defence policy.

In late 2012, Radwan and Ilse Aigner, who was about to leave national politics to run for state office, announced that they would switch electoral districts. As a consequence, Radwan took over Aigner’s district and ran for a seat in the Bundestag.

Member of the German Bundestag, 2013–present

Radwan has been a member of the German Bundestag since the 2013 federal elections. He has since been serving on the Finance Committee, the Committee on Foreign Affairs and its Subcommittee on the United Nations, International Organizations and Globalization. In addition, he is a member of the parliament’s delegation to the Parliamentary Assembly of the Mediterranean.

In the negotiations to form a coalition government under the leadership of Chancellor Angela Merkel following the 2017 federal elections, Radwan was part of the working group on foreign policy, led by Ursula von der Leyen, Gerd Müller and Sigmar Gabriel.

After serving as Of counsel with the Munich office of law firm GSK Stockmann + Kollegen until 2015, Radwan and former finance minister Theo Waigel joined Waigel Rechtsanwälte in 2016.

In addition to his legal practice, Radwan holds the following positions: