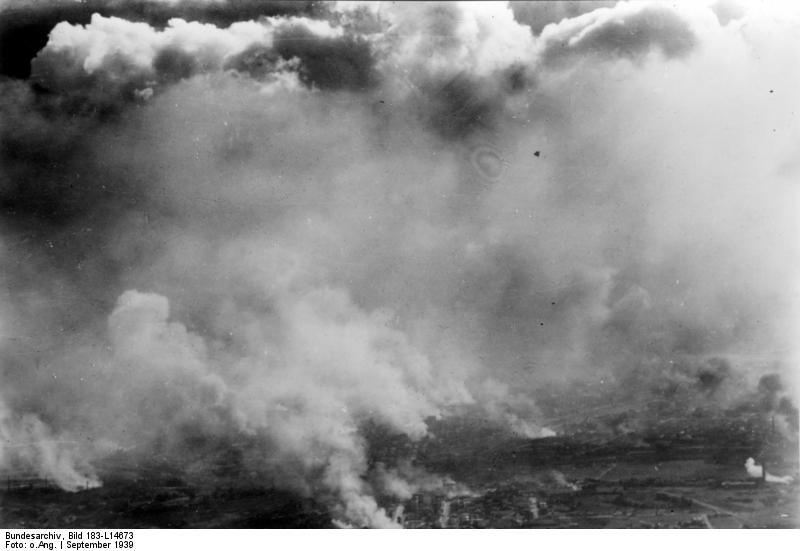 Alexander Löhr (20 May 1885 – 26 February 1947) was an Austrian Air Force (Österreichische Luftstreitkräfte) commander during the 1930s and, after the annexation of Austria (Anschluss), he was a German Air Force (Luftwaffe) commander. Löhr served in the Luftwaffe during the Second World War. Löhr was one of three former Austrians who rose to the rank of Generaloberst (Colonel General) within the German Wehrmacht. The other two were Erhard Raus and Lothar Rendulic.

Löhr surrendered to Yugoslav Partisan forces in May 1945 and was imprisoned till February 1947. He was tried and found guilty of war crimes for his role as the commander of the Luftwaffe units involved in the Bombing of Belgrade in 1941 and his role in war crimes as commander in chief in Southeast Europe. He was executed on 26 February 1947.

Löhr was born on 20 May 1885 in Turnu-Severin in the Kingdom of Romania. He was the youngest child of Friedrich Johann Löhr and his wife Catherine, née Heimann. His father had served as a 2nd captain on a hospital ship in the Black Sea during the Russo-Turkish War. Here his father had met his mother, a Jewish-Ukrainian nurse. She was the daughter of the Jewish military doctor Mihail Alexandrovich Heimann from Odessa. After the war, they married in 1879 and moved to the Turnu-Severin in Romania. The marriage produced three sons, Friedrich born in 1880, Michael born in 1882, and Alexander in 1885. Due to his mother faith he belonged to the Eastern Orthodox Church. Löhr, just like his brothers, attended the reichsdeutsche (Imperial German) Evangelic Volksschule (primary school) in Turnu-Severin.

The brothers grew up speaking four languages which were German, Russian, French and Romanian. The various nationalities in the multinational state of Austria-Hungary and their particular family situation were the driving factors behind this. His father spoke little Russian and his mother barely German, the consequence was that the family language was French. His father was transferred to Vienna on business, where Löhr completed his elementary schooling. He then pursued a career in the k.u.k. Kriegsmarine (Austro-Hungarian Navy) which was denied to him out of medical reasons. He then attended the Militär-Unterrealschule (a military secondary school) in Kaschau, present-day Košice in Slovakia, in January 1896 where he remained until 1900.

Löhr transferred to the infantry cadet school at Temeswar, present-day Timisoara in Romania, in January 1900. Until 1903 he was prepared for military service under the influence of the subaltern. In 1903 he was posted to Vienna, where he attended Theresianische Militärakademie (Theresian Military Academy) in the Burg Wiener Neustadt until 1906. Löhr, together with his two brothers, traveled to the Russian Empire, the Ottoman Empire, Greece and Egypt during the summer holidays. While visiting relatives in Odessa, he became witness to the mutiny on the Russian battleship Potemkin in late June 1905. He graduated from the military academy on 18 August 1906, the birthday of Franz Joseph I, with an overall rating of "very good". On the same day Löhr was retired as a Leutnant (second lieutenant) and immediately volunteered for service in the k.u.k. ungarische Infanterie-Regiment Nr. 85 "von Gaudernak" (k.u.k.—Imperial and Royal Hungarian Infantry Regiment. Nr. 85 "von Gaudernak") where he served as a platoon commander.

Löhr served as Platoon Commander of a Pioneer battalion in the 85th Infantry Regiment of the Austro-Hungarian army in World War I.

By 1921 Löhr had reached the rank of Lieutenant-Colonel (Oberstleutnant). Between 1921 and 1934 he held many staff positions in the military, including Director of the Air Force in the Federal Armies Ministry. In 1934, he was made Commander of the small Austrian Air Force, a position which he held until the Anschluss in 1938.

Löhr, who had been promoted to Major on 1 July 1920, was accepted into the newly created Austrian Bundesheer on 1 September 1920. On 15 March 1938, Löhr was transferred to the German Air Force (Luftwaffe) where he became commander of the German Air Force in Austria. By then he had been promoted to Generalleutnant. He was commander of Luftflotte (Air Fleet) 4 in the East from May 1939 until June 1942.

Luftflotte 4 carried out the bombing of Warsaw, Poland in September 1939 and of Belgrade, Yugoslavia in April 1941. Löhr had developed a plan to bomb Belgrade with incendiary bombs first, so that the fires would help the second, nighttime, attack to find the targets. This cost thousands of people their lives. According to his first recorded statements upon arrest, Löhr specifically targeted and annihilated the complete cultural heritage of up to eight centuries old national treasure by burning down the Serbian National Library in Belgrade - this being the largest sole destruction of cultural artifacts in World War II.

Löhr succeeded General der Pioniere Walter Kuntze as Commander-in-Chief of the 12th Army on 3 July 1942. He was appointed the Wehrmacht Commander in southeast Europe on 1 August 1942, and from 28 December 1942 this position was re-designated as commander-in-chief in southeast Europe. The forces under his command were also designated as Army Group E, and he was appointed as its commander. In this role, Löhr controlled all subordinate commands in southeast Europe, including the commanding general in Serbia (Paul Bader), the military commander in the Salonika-Aegean area, the military commander in southern Greece, the commander of Crete, the naval commander in the Aegean Sea, the German plenipotentiary general in the Independent State of Croatia (NDH), the commanding general of German troops in the NDH, and the military attaché in Sofia, Bulgaria. Löhr organised the Fourth and Fifth Offensives against Yugoslav Partisans in 1943, during which most of those taken prisoner, including the wounded, were executed on the spot. As Commander-in-Chief of Army Group E, Löhr oversaw the Dodecanese Campaign.

At the end of the war in Europe, Löhr received orders for unconditional surrender, but instead directed his forces to break out towards Austria. According to the historian Jozo Tomasevich, Löhr was captured by the 14th Slovene Division in Slovenia on 9 May 1945, and attempted to negotiate passage for his troops to Austria. This was refused and Löhr was prevailed upon to issue orders to cease fighting, which the troops nonetheless disobeyed. He escaped, countermanded his order to surrender and continued with the breakout attempt. After an intense manhunt, Löhr was recaptured on 13 May.

Löhr was imprisoned by Yugoslavia from 15 May 1945 to 26 February 1947. After a flimsy trial he was found guilty of war crimes for his role as the commander of the Luftwaffe units involved in the Bombing of Belgrade in 1941, war crimes committed during the anti-partisan operations of 1943, and killing of hostages and burning of villages, and his command decisions post Germany's unconditional surrender. He was executed by firing squad on 26 February 1947 in Belgrade, Yugoslavia. Also sentenced to death and executed by hanging were the SS-Brigadeführer August Schmidhuber, and the high-ranking Wehrmacht officers Johann Fortner, Fritz Neidholdt (de), Günther Tribukait, and others.

Bischof, Plasser and Stelzl-Marx state that Löhr's role in the bombing of Belgrade is "hotly contested". Some sources argue that he was not in a position to oppose Hitler. Others state that because he had been partly responsible for the firebombing of Warsaw in 1939, he was well aware of the likely results of such an attack on Belgrade, and could have resigned. It has been observed that his resignation would not have stopped the firebombing, but also that he displayed no civil courage later in the war, particularly when it came to the deportation of Jews.