Lindsay succeeded his father as Lord Balcarres in 1641. Originally a Covenanter, he was present at the Battle of Marston Moor in 1644. However, in 1648 he became an Engager seeking an alliance with Charles I, leading to a break with the majority of the Covenanters. Admitted to parliament in 1649 he was appointed a commissioner of the Exchequer in 1650.

He was created Earl of Balcarres on Jan 9, 1651, with the subsidiary title Lord Lindsay and Balneil, and hereditary governor of Edinburgh Castle in 1651. He visited France to advise the king in 1653 and 1654 and finally resided at the court in exile of Charles II in the Netherlands. Lady Anna served as a governess to Prince William of Orange. Lord Balcarres died at Breda and was succeeded by his son Charles. 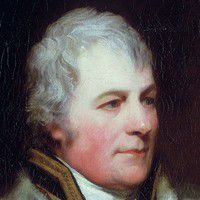 Moderator of the Church of Scotland