Alexander Koral (1897 – 1968) was an American member of the Communist Party of the United States (CPUSA) who headed a network of spies for Soviet intelligence during World War II called the "Art" or "Berg" group. Koral's wife, Helen Koral, also was involved with the group.

Koral began to work for New York City's Board of Education in 1926 as an engineer. By 1948, he was assistant engineer of construction.

The FBI first detected Koral in 1941 while surveiling Gaik Ovakimian, whom the FBI did not realize at the time was the head of KGB operations in the United States. The FBI noted Ovakimian meeting several times with Koral, though no espionage could be proved.

After the War, in 1947, Koral confessed, when confronted by the FBI, that he was a courier for the KGB from 1939 to 1945. Koral told the FBI he was paid two thousand dollars to travel to different cities to pick up and deliver small packages and envelopes to different persons, including Nathan Gregory Silvermaster and Helen Silvermaster. In December 1945, Koral had been sent to tell Silvermaster “no more visits would be made to him”, at the time of Elizabeth Bentley's defection and the Soviet networks were being compromised. Koral identified Semyon Semenov as one of his contacts in Soviet intelligence to whom he had delivered materials.

Koral was also a contact of Michael Straight. Koral's code name in the Soviet intelligence, and as deciphered in the venona decrypts is "Berg".

The curtain will rise again Monday morning [April 9, 1948] on Washington's current spy thriller when the House Committee on Un-American Activities calls upon two key witnesses to tell the public what they know of Communist espionage here... One witness will be Victor Perlo... The other will be Alexander Koral, described by Chairman Karl Mundt (R., S. Dak.) as a former "contact" man between New York and Washington.

When asked to testify before HUAC on August 9, 1948, however, he pled the Fifth Amendment and refused to answer any questions about communist affiliations. On August 10, 1948, the Washington Post reported:

Two ashen-faced men stood up in the crowded caucus room of the Old House Office Building and were confronted by Miss Elizabeth T. Bentley, confessed courier for Communist underground... Both men, on the advice of counsel, refused to say whether or not they knew Ms. Bentely on the ground that an answer might tend to incriminate them... One was Victor Perlo... The other was Alexander Koral, a 51-year-old maintenance man employed by the New York City Board of Education, who was reminded when he was on the stand that he had already signed a confession to Government authorities of his part in a Washington-New York spy circuit. Koral refused to affirm or deny that he had made such a confession, and he refused to say on grounds of self-incrimination whether or not he is now or ever had been a Communist... Investigator Louis J. Russell, former FBI agent, took the stand... "Koral... had a sone who was ill and had a large amount of hospital and medical bills." Koral was linked by Russell to Nathan Gregory Silvermaster.

In late September 1948, Koral was dismissed from his job for failing to cooperate with HUAC per Chaper 40 Section 903 of the New York City Charter.

Alexander Koral is referenced in the following Venona project decrypts: 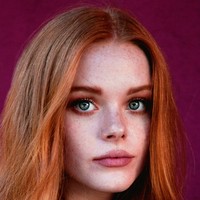 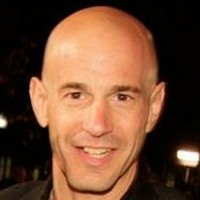