Alexander Ioannou (born 30 November 1988) is an English Cypriot rugby player who plays for the Cyprus national rugby union team‹See TfM› as of 2012. He plays his club rugby in England for Peterborough Lions, and has previously played for Spalding RFC, Oadby Wyggestonians. Alexander is an alumnus of De Montfort University where he gained his B.A. (Hons) in advertising and marketing communications, whilst studying he also played rugby for the 1st XV and played in the Varsity rugby fixture against rivals Leicester University at Welford Road.

He began playing rugby at 11 years old starting off playing in the "Number 8" position for both Bourne Grammar School and for Bourne RFC, he played in this position for 5 years before moving to the "Front Row" Prop position aged 16.

He can play both "Tight Head" and "Loose Head" prop and has had some experience playing at hooker. Ioannou made his debut on 28 October 2007 against Finland in Helsinki. Ioannou has twenty international caps, and also played in the friendly fixture against Gibraltar in their 2nd international game. 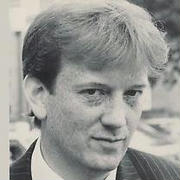