Alexander Borisovich Gradsky (Russian: Алекса́ндр Бори́сович Гра́дский; born November 3, 1949, in Kopeysk) is a Russian rock singer, bard, multi-instrumentalist and composer. He was one of the earliest performers of rock music in Russia. His diverse repertoire includes rock 'n' roll, traditional folk songs performed with a rock twist, and operatic arias. He has composed two rock operas and numerous songs including soundtrack music for several films.

Alexander Gradsky was born on November 3, 1949 in the Russian city of Kopeysk. His father was an engineer working in a factory, and his mother was an actress. His mother encouraged him to learn to play the violin as a child, and her brother, Alexander Gradsky's uncle, was a dancer who toured abroad and brought home records of Western music artists including Elvis Presley, Louis Armstrong and Little Richard. Such music was not ordinarily available in Soviet Russia at that time.

By the age of 12, Gradsky was singing Elvis Presley songs and accompanying himself on guitar. In 1963, at the age of 13, he sang with a Polish student band called Tarakany (Тараканы - The Cockroaches) in a concert at the International Club of Moscow State University. This is believed to have been the first public performance of rock 'n' roll by any Russian musician.

In the mid-1960s, Gradsky joined the band Slaviane (Славяне - The Slavs) as lead singer. The band's repertoire consisted almost entirely of Beatles and Rolling Stones covers. In 1966-'67, he was working with three bands: Slaviane, Los Panchos and Skify (Скифы - The Scythians). However, he found himself disagreeing with his Slaviane bandmates over the direction the band should take. Gradsky wanted to perform original rock songs in his native Russian language, whereas the other band members did not think that such endeavours could be successful and wanted to continue performing imported songs.

Gradsky consequently decided to form his own band, Skomorokhi (Скоморохи - The Jesters or The Buffoons) in 1967. His band became popular playing original Russian songs, as Gradsky blended elements of Western rock music with the lyric-centred, folk-influenced Russian bard music which was popular around that time. He enrolled in Gnesin Music Academy in 1969, and continued to perform with Skomorokhi while a student. A successful performance at the Soviet pop-rock festival Silver Strings was followed with airplay and record deals.

In 1973, film director Andrei Konchalovsky asked Alexander Gradsky to compose and perform music for the film Romance for Lovers (Романс о влюблённых - Romance o vlyublënnyh), which was released in 1974, the same year in which Gradsky graduated with a master's degree in vocal performance. Gradsky performed all the male vocal parts in the film soundtrack, which brought him fame as a solo artist. His many records released during his long career encompass a variety of genres. His first rock opera, Stadium (Стадион - Stadion), was released as a double LP in 1985. He also composed a rock ballet The Man (Человек - Chelovek), released in 1988.

Gradsky is a tenor who is reported to have a three-and-a-half octave vocal range, and also plays 12 instruments. He performed the demanding role of the Astrologer in Rimsky-Korsakov's opera The Golden Cockerel (Золотой Петушок - Zolotoy Petushok) in Moscow's Bolshoi Theatre in 1988.

His collaboration with John Denver, with whom he performed the 1986 song Let us Begin..., brought him to wider international attention. In 1999, he performed a recital at New York City's Carnegie Hall.

Since the late '80s, Gradsky has been teaching vocals at the Gnesin Music Academy as well as performing.

The opera also stars Nikolai Fomenko as Koroviev, Mikhail Seryshev (formerly of Master) as Ivan, and Elena Minina as Margarita, in addition to many renowned Russian singers and actors in episodic roles, including (but not limited to) Iosif Kobzon, Lyubov Kazarnovskaya, Andrei Makarevich, Alexander Rosenbaum, Arkady Arkanov, and the late Georgi Millyar (voice footage from one of his movies was used).

Alexander Gradsky has been married four times, including to actress Anastasiya Vertinskaya in the 1970s, after her divorce from Nikita Mikhalkov.

Other albums and EPs 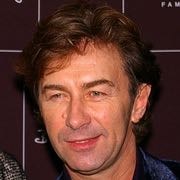 Soviet-Russian statesman/First Deputy of the Council of Ministers