By 1763 he had premises in Bond Street, London, and "had acquired a sufficient reputation to be appointed a member of the commission set up in that year to adjudicate on John Harrison's ‘timekeeper for discovering the longitude at sea’". He made a barometrical clock for King George III, who paid him an annual retainer for its maintenance. Other barometrical clocks created by him are at the Science Museum and on the Isle of Bute. He wrote books about watch and clock work, about the effect on roads of carriage wheels with rims of various shapes, and on the influence of gravity.

In 1765 he invented a clock for George III which also acted as a barometer, recording air pressure against time. This is notable as the first accurate recording barograph. In 1766 he made a similar model for his personal use, which on his death was purchased by Luke Howard who used it for his observations within the book The Climate of London.

In 1770 he is credited with the invention of the microtome, a machine for making extremely thin slices as used in slide-preparation, in conjunction with John Hill.

In 1775 he made major advances on the design of the flushing toilet. His improved valve closet incorporated a sliding valve to keep water in the pan and an S-bend trap in the waste pipe, preventing foul smells from re-entering the house and generally giving a "cleaner" solution. He also linked the water inlet valve to the flush mechanism to allow the pan to be emptied and refilled by pulling a single handle.

He became a magistrate in 1779. In 1781 he was made an honorary freeman of the Clockmakers' Company.

As a result of his making instruments for Capt. Phipps's voyage in the polar regions, the island of Cummingøya in Svalbard was named after him.

Scottish malacologist and minister of the Free Church of Scotland 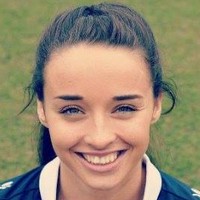