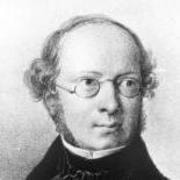 Bunge was born as son of a family that belonged to the German minority in Tsarist Russia. His father Andreas Theodor was the son of Georg Friedrich Bunge, a pharmacist who had emigrated from East Prussia to Russia in the 18th century. He studied medicine at the University of Dorpat, later serving as a professor of botany in Kazan. In 1835, he returned to Dorpat, where he taught classes in botany until 1867. Here, he kept in contact with Diederich Franz Leonhard von Schlechtendal, a botanist at the University of Halle, through correspondence, via articles published in the journal "Linnaea" and through the exchange of herbarium specimens. He remained in Dorpat until 1881, spending his later years there conducting investigations of Estonian flora.

In 1826 with Carl Friedrich von Ledebour and Carl Anton von Meyer, he embarked on an important scientific expedition to the Kirghiz Steppe and Altai Mountains. In 1830–31, he traveled to Beijing by way of Siberia, through which he conducted extensive research of Mongolian flora. Following his investigations in China, he returned to the Altai Mountains, where he conducted studies of the eastern part of the region (1832). In 1857–58 he took part in a scientific expedition to Khorasan and Afghanistan.

Bunge Land in the New Siberian Islands and a crater on Mars were named after him.

The standard author abbreviation Bunge is used to indicate this person as the author when citing a botanical name.
The contents of this page are sourced from Wikipedia article on 08 Mar 2020. The contents are available under the CC BY-SA 4.0 license.
View Alexander Bunge 's image gallery
Image Gallery