She started playing tennis at the age of five. As a junior player, she won the prestigious Easter Bowl title in the Girls 14s and Girls 18s divisions and the Orange Bowl in the Girls 16s division in 2004. She achieved a world junior ranking of no. 5 in 2005, advancing to the 2005 US Open finals in both singles and doubles. She lost the singles final to junior, and future senior, World No. 1 Victoria Azarenka. She represented the United States in numerous international competitions including Junior Fed Cup.

Glatch turned professional in 2005 and in that year reached the semifinals of the Forest Hills Tennis Classic and the second round of the US Open. She was in an accident in November 2005; her injuries included a broken right wrist and left elbow. It took her eight months until she could start regularly playing competitive tennis again.

Glatch reached the third round of the 2009 BNP Paribas Open as a wildcard; one of her wins was against World No. 29 Carla Suárez Navarro. At the 2009 Sony Ericsson Open, Alexa advanced to the 2nd round before losing to #1 seed Serena Williams 2–6, 3–6. She made her Fed Cup debut in April in the semifinals against the Czech Republic. As a rookie, she was dubbed the MVP for keeping the US alive by pulling off upset wins in both of her singles matches against No. 29 Iveta Benešová and future World No. 2 Petra Kvitová in straight sets.

In May 2009, Glatch made her French Open debut by defeating 14th-seeded Italian clay court specialist Flavia Pennetta in the first round.

Glatch lost in the first round of the 2009 US Open to defending champion Serena Williams. In women's doubles, Glatch played with fellow American Carly Gullickson and advanced to the round of 16.

In March 2012 she began working with Australian coach Sarah Stone, who is the former coach of 2011 US Open champion Samantha Stosur.

In the 2012 French Open, she won three matches and beat two seeds to qualify for the main draw. She defeated Georgian Anna Tatishvili to advance to the second round where she lost to 18th-seeded Flavia Pennetta of Italy.

Following an appearance at Wimbledon in 2013, Glatch took 15 months off to deal with injuries. She had wrist and hip surgeries and went through extensive rehabilitation. Upon her return to competitive tennis in October 2014, she won the doubles event at the $50,000 Macon Pro Circuit event.

In 2015, Glatch used her protected singles ranking to enter the 2015 Australian Open Qualifying, where she defeated #3 seed and World No. 110 Lourdes Dominguez-Lino and advanced to the final round of qualifying. In March/April, Glatch continued her post-injury, rapid rise up the rankings by winning the $25,000 Iripuato Mexico ITF and the $50,000 Osprey Florida Pro Circuit event (as a wildcard) defeating top seeded World No. 44 Madison Brengle in the final. She continued her good form by qualifying for the 2015 French Open main draw, and subsequently added a 10th ITF title by winning the Gatineau, Canada $25K without dropping a set.

Alexa graduated from Laurel Springs High School. She was accepted to UCLA but opted not to attend. Some of her favorite tennis players include Steffi Graf and Roger Federer. After many years with Nike and time with ASICS, she now endorses Roche sportswear, Babolat rackets, and SOS Rehydrate sports drinks.

Glatch is a native of Newport Beach, California and resides/trains in Delray Beach, Florida. Her hobbies include surfing and skimboarding.

The contents of this page are sourced from Wikipedia article on 08 Mar 2020. The contents are available under the CC BY-SA 4.0 license.
comments so far.
Comments
From our partners
Sponsored
Reference sources
References
http://www.wtatennis.com/news/20120718/bartoli-outlasts-king-chans-ninth-biggest_2256076_2853502
https://www.wtatennis.com/players/312214/alexa-glatch
https://www.itftennis.com/procircuit/players/player/profile.aspx?playerid=100037003
https://web.archive.org/web/20050205195338/http://www.clgandjrtennis.com/AlexaGlatch0804.htm
Trending today in 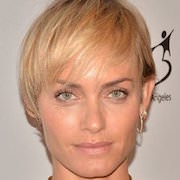