Born Grete Bernheim in Salzburg, she initially worked as a typist, bookseller, and bank clerk in Berlin. In 1928 she married the Czech-born author Franz Carl Weiskopf, a member of the German Communist Party and the Association of Proletarian-Revolutionary Authors. In 1931 she authored her first young adult novel, Ede und Unku, which was among the books destroyed during the Nazi book burnings. In 1933 she and her husband fled to Prague; in 1939 they fled via Paris to New York City.

After the Second World War the couple returned to Prague for a brief period. That same year, Franz began working in the diplomatic service, which led to assignments in Washington, DC and Stockholm. From 1950 to 1952 they lived in the People's Republic of China, where she worked as a translator and journalist. From 1953 until her death she lived in East Germany. She and her husband are buried in a Zentralfriedhof Friedrichsfelde.

During her life in East Germany, Weiskopf wrote children's and young adult novels and short stories. Her two most successful books are Ede und Unku and The Arctic Ocean, which were both adapted into films. She was considered a pioneer of socialist children's literature.

The contents of this page are sourced from Wikipedia article on 11 Mar 2020. The contents are available under the CC BY-SA 4.0 license.
comments so far.
Comments
From our partners
Sponsored
Reference sources
References
http://www.sopos.org/aufsaetze/56e68ab108992/1.phtml
https://www.kulturring.org/konkret/frauen-persoenlichkeiten/index.php?frauen-persoenlichkeiten=strassennamen&id=129
http://www.kinderundjugendmedien.de/index.php/autoren/372-alex-wedding
https://archiv.adk.de/bigobjekt/24877
Trending today in 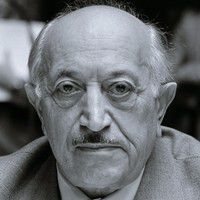