Alex Story (born 6 December 1974) is a British Conservative Party politician and former rower. He rowed in the British men's eight at the 1996 Olympic Games in Atlanta.

Story was on the Great Britain rowing team for the 1996 Summer Olympics, competing in the men's eight.

He rowed for Cambridge against Oxford in the Boat Races of 1997 and 1998. In the former he was the heaviest man competing and was credited with having been the difference between the two crews. His 1998 crew still hold the course record. He was described as a hero by coach, Harry Mahon.

A back injury put a stop to his rowing career.

He has subsequently been active in the Conservative Party. In 2005, he contested Denton and Reddish at the General Election; in 2010, he fought Wakefield, and in 2015, at short notice, he stood for Leeds North West.

He was placed second on the Conservative party list for the Yorkshire and the Humber region ahead of the 2014 European Election; however, only one Conservative was elected. After the elevation of Timothy Kirkhope MEP to the House of Lords in October 2016, the Conservative Party appointed John Procter, who had been third on the party list, as his replacement, rather than Story.

He was the driving force behind 18 Doughty Street, Britain's first online TV station. In addition, he was one of the founders of Story Productions, a media production company that still operates today.

Story has written for The Daily Telegraph, City A.M., The Wall Street Journal and more. He is married and has four children.

On 5 November 2017, the Conservative MP for Tamworth, Christopher Pincher, resigned as Assistant Whip and "voluntarily" referred himself to the Conservative Party's complaints procedure and the police, after Story alleged that Pincher had made an unwanted pass at him, describing him as a "pound shop Harvey Weinstein". Story said that he had been invited back to Pincher's flat, where Pincher massaged his neck and talked about his "future in the Conservative party", before changing into a bathrobe. Pincher said that "I do not recognise either the events or the interpretation placed on them" and that "if Mr Story has ever felt offended by anything I said then I can only apologise to him". 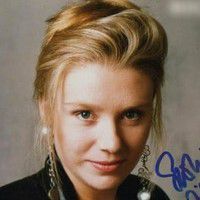