Alex Schwazer, OMRI (born December 26, 1984), is an Italian race walker. He was the Olympic 50k walk champion but retired during the 2012 Olympics after being disqualified for doping offences.

Schwazer was born in Sterzing, South Tyrol, in northern Italy.

He started his 2010 campaign with two wins on the 2010 IAAF World Race Walking Challenge circuit: first he won the 20 km at the Gran Premio Città di Lugano in an Italian record time, breaking Maurizio Damilano's 18-year-old record with a time of 1:18:23.20. Just prior to the IAAF World Race Walking Cup he won at the Coppa Città di Sesto San Giovanni. At the 2010 European Athletics Championships, he failed to finish the 50 km walk, but doubled up in the 20 km and took the silver medal behind Russia's Stanislav Emelyanov. He competed in the 20 km race at the 2011 World Championships in Athletics, but managed only ninth place.

He began 2012 in strong form. First he walked an Italian record of 1:17:30 hours to win at the Memorial Mario Albisetti 20 km walk, then he had the fourth best 50 km time of his career a week later to win at the Dudinska patdesiatka.

Schwazer was excluded from the 2012 Summer Olympics in London after an "adverse result" from a doping test. Schwazer said "My career is finished...I wanted to be stronger for this Olympics, I made a mistake". He announced his decision to quit athletics and described the result as the "biggest blow of my life". He was subsequently given a three-and-a-half year competition ban by the Italian National Olympic Committee in April 2013. Schwazer's girlfriend at the time of the offence, figure skater Carolina Kostner, later admitted to prosecutors in Bolzano that she had lied to inspectors from the World Anti-Doping Agency shortly before the 2012 Games when they visited her home looking for Schwazer, claiming that he was not there so he could avoid being tested. She also told the prosecutors that Schwazer slept in an altitude chamber, which is not banned by WADA but is illegal in Italy.

In May 2016, a negative doping control sample from January was re-analysed and found positive. Schwazer was informed about the positive in June, a few weeks before the Olympic Games. He appealed the case to the Court of Arbitration for Sport. On 11 August 2016 the court dismissed his appeal and imposed an 8-year period of ineligibility on him, until 7 July 2024. 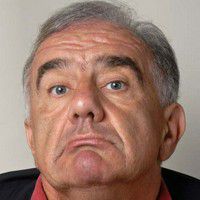 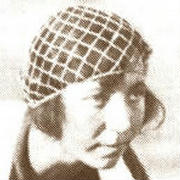