In the 2011-12 season, Kam made his international senior debut at the 2011 NRW Trophy. He was assigned to the 2012 Four Continents Figure Skating Championships and got 17th, which was his first ISU championship competition.

In the following year, Kam performed at the opening ceremony of the 2013 Special Olympics World Winter Games, titled "Dream of Snowman".

In the 2013-14 season, Kam won 1st as a junior at the 2013 Asian Open Trophy held in Bangkok, Thailand. It is his first medal at an ISU sanctioned competition.

Following the 2014-2015 season, Kam switched to pair skating with Kim Yeri. With Kim, Kam won the Korean test competition for the ISU JGP selection in August, and they were granted two JGP entries. In September, the pair made a debut at the ISU JGP circuit in Colorado Springs, placing 6th at the competition. 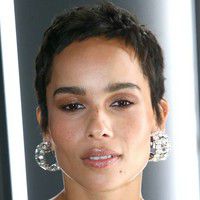