Àlex Corretja i Verdegay ([ˈaləks kuˈrɛdʒə j βəɾðəˈɣaj]; born 11 April 1974) is a former professional tennis player from Spain. During his career, he finished runner-up twice at the French Open (in 1998 and 2001). He won the ATP Tour World Championships in 1998 and reached his career-high singles ranking of world No. 2 in 1999. He also played a key role in helping Spain win its first-ever Davis Cup title in 2000. He became a temporary coach of British tennis player Andy Murray in April 2008 for the duration of the clay-court season and resumed the role in 2009. On 29 March 2011, Corretja and Murray parted company by mutual agreement.

From 2012 until 2013, Corretja coached the Spanish Davis Cup team. He was replaced by Carlos Moyá.

Corretja was born in Barcelona, and first came to the tennis world's attention as a promising junior player who won the Orange Bowl 16s title in 1990. He turned professional in 1991 and won his first top-level singles title in 1994 at Buenos Aires. His first doubles title came in 1995 at Palermo.

In 1996, Corretja faced Pete Sampras in an epic five-set quarterfinal match at the US Open. Pete Sampras threw up in the fifth set tiebreak, where Corretja held a match point later on, but he eventually lost to Sampras on a double fault in 4 hours and 9 minutes.

1998 saw Corretja reach his first Grand Slam final at the French Open. In the third round, he defeated Argentina's Hernán Gumy in (at the time) the longest match in the tournament's history. Corretja won the 5-hour 31-minute marathon. In the final, Corretja lost to fellow-Spaniard Carlos Moyà in straight sets.

Corretja finished 1998 by winning the most significant title of his career, the ATP Tour World Championships (now known as the World Tour Finals). In the semifinals, he saved three match points on the way to beating Sampras. In the final, Corretja faced Moyà in a five-set marathon and came back from two sets down to win in 4 hours and 1 minute. Corretja's win made him the first man to ever win the Tour Championships without having ever won a Grand Slam tournament (David Nalbandian, Nikolay Davydenko, Grigor Dimitrov, Alexander Zverev and Stefanos Tsitsipas have since repeated the feat.)

In total, Corretja won a career-high five singles titles in 1998 and finished the year ranked world No. 3. This year Corretja won in Lyon, played on carpet, a "damned" surface for Spanish tennis in the 90's. This year also won in Dubai (hard court), defeating countryman Felix Mantilla. These results, joining with the good results on clay, made Corretja the most versatile Spanish player for several years. In February 1999, Corretja reached his career-high ranking of world No. 2.

In 2000, Corretja helped Spain win its first-ever Davis Cup title. He went 3–0 in singles rubbers during the earlier rounds, and then teamed up with Joan Manuel Balcells to win the doubles match in the final as Spain beat Australia 3–1. Corretja also won a men's doubles bronze medal at the Olympic Games in Sydney, partnering Albert Costa.

In 2001, Corretja reached the men's singles final at the French Open for the second time. He lost in the final to defending champion Gustavo Kuerten in four sets. In July of that year, Corretja won a five-set marathon match in the final at Amsterdam against Younes El Aynaoui. The 53-game match was the year's longest tour final.

Corretja's biggest win of 2002 came in the quarterfinals of the Davis Cup, where he rallied from two sets down to beat Sampras on grass. (Spain eventually lost the tie 3–1.) At the French Open, Corretja saved four match points in the third round against Arnaud Clément, before going on to win. Corretja then progressed to the semifinals, where he lost in four sets to Albert Costa (who went on to win the title). One week later, Corretja was the best man at Costa's wedding.

In 2003, Corretja was again part of a Spanish team which reached the Davis Cup final. He won two doubles and one singles rubber in the earlier rounds. However, in the final, Corretja and Feliciano López lost the doubles rubber, as Spain were beaten 3–1 by Australia.

Corretja announced his retirement on 24 September 2005. He won a total of 17 top-level singles titles and three doubles titles during his career.

As of 2015, he works for Eurosport as a field interviewer at the Grand Slam tournaments. 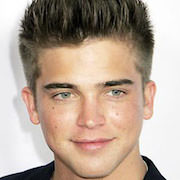