She missed out on the chance to compete at the 1996 Olympics Games after a serious car accident, in which she broke both of her legs.

She is a lawyer by trade. 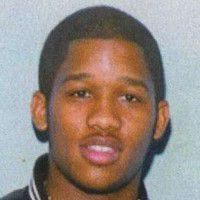