Aleksei Oktyabrinovich Balabanov (Russian: Алeксeй Oктябpинoвич Балабанoв; 25 February 1959 – 18 May 2013) was a Russian film director, screenwriter, and producer, who shot mostly arthouse pictures, but gained mainstream popularity with the crime drama Brat (Brother) and its more action-oriented sequel, Brat-2 (Brother 2), both of which starred Sergei Bodrov, Jr. as a young hitman. Brother was successful both at the box office and in video copies, achieving wide popularity in Russia. Later, however, Balabanov became better known for his films Cargo 200 (2007) and Morphine (2008).

In 1981 Balabanov graduated from Translation Department of the Gorky Pedagogical University of Foreign Languages (ru). He then served in the Soviet Army as an officer-interpreter. After his discharge, from 1983 to 1987 he worked as an assistant film director at Sverdlovsk Film Studio. Later Balabanov studied at the experimental workshop "Auteur Cinema" (Russian: Авторское кино) of the High Courses for Scriptwriters and Film Directors, graduating in 1990. In 1994 Balabanov together with Sergey Selyanov and Viktor Sergeyev founded the production company CTV.

Balabanov died on 18 May 2013 of a heart attack. "Mr. Balabanov is survived by his wife, Nadezhda Vasilyeva, a costume designer, and two sons." "At his death, he was planning to make a film on Stalin, portraying him as a godfather of crime." 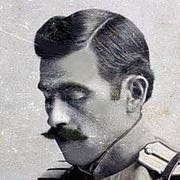 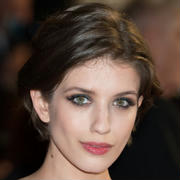