Alexandar Petrović was born in Belgrade, He began his career in his native country, Serbia when he played for FK BASK. He played three seasons with FK BASK. During the 2006/07 season, he moved to FK Mladost Lucani and later on played two seasons with FK Mladost Lucani. He later on moved to FK Rad in the Serbian SuperLiga. During the 2010/11 season, he moved to FK Sloboda Point Sevojno. For the 2011 season, he played with Serbian club, FK Novi Pazar in the Serbian SuperLiga. Erly in 2012 Alexandar Petrović join to FK Radnički Niš in Serbian First League. He played a year for FK Radnički Niš, and in the flight transfer market was gotten by a club from Uzbeksitan, the champions of the AFC Cup 2012, Nasaf Qarshi.

The contents of this page are sourced from Wikipedia article on 23 Jun 2020. The contents are available under the CC BY-SA 4.0 license.
comments so far.
Comments
From our partners
Sponsored
Reference sources
References
http://www.srbijafudbal.net/rad/petrovic_a.htm
http://www.utakmica.rs/fudbaler/486-petrovic-aleksandar
https://int.soccerway.com/players/alexsandar-petrovic/47310/
http://voha.uz/index.php?option=com_content&view=article&id=2657:lr-&catid=38:2012-02-02-06-50-02&Itemid=185&lang=uz
Trending today in 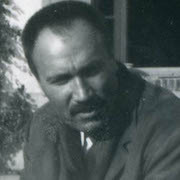