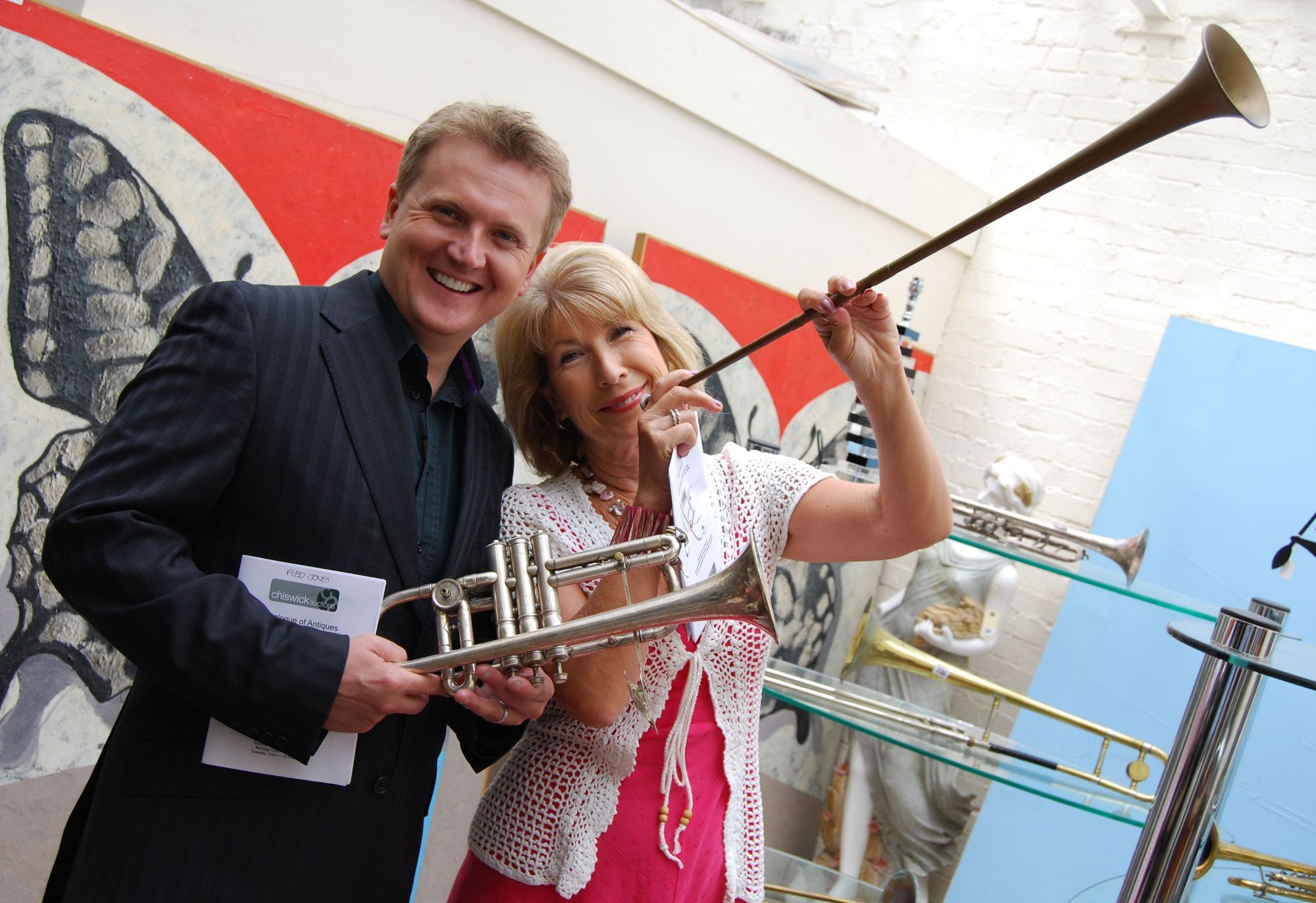 Aled Jones MBE (born 29 December 1970) is a Welsh singer best known for his television work with the BBC and ITV as well as his radio work, mainly for BBC Radio Wales and Classic FM.
In September 2012, Jones joined ITV Breakfast where he presented Daybreak (2012–2014), alongside Lorraine Kelly and Kate Garraway. He currently presents the weekend morning show, Weekend (2014–present).
For the BBC, he has presented Cash in the Attic (2010–2012), Escape to the Country (2010–present) and Going Back Giving Back (2016).

Jones was born in St. David's Hospital in Bangor, Caernarfonshire in Wales, the only child of Nest Rowlands, a teacher, and Derek John Jones, a draughtsman for a shipbuilder. He was raised in the small Welsh-speaking community of Llandegfan in Anglesey, and attended Ysgol David Hughes (a secondary school). Jones joined the choir of Bangor Cathedral at age nine and was lead soloist within two years, although he was never Head Chorister. The remarkable quality of Jones' treble voice was appreciated by a member of the congregation, Hefina Orwig Evans, who wrote a letter to local record company Sain, and he was duly signed. In 1982, Jones won the Cerdd Dant solo competitions for competitors under 12 at the Urdd Eisteddfod.

Jones became famous for the cover version of "Walking in the Air", the song from Channel 4's animated film The Snowman, based on the book by Raymond Briggs. The record reached No. 5 in the UK charts in 1985. The version used in the 1982 film was performed by Peter Auty, a St. Paul's Cathedral choirboy.

In June 1985, Jones was the subject of an Emmy award-winning BBC Omnibus documentary entitled The Treble. Jones, with the National Philharmonic Orchestra, was behind the Santa Claus The Movie, original motion picture soundtrack, Every Christmas Eve of 1985. Also in 1985, Jones was called by Mike Oldfield to sing in Oldfield's single "Pictures in the Dark", a three-voice song along with Anita Hegerland and Barry Palmer, which became quite popular.

Jones' recording career was temporarily halted when his voice broke at 16. By then he had recorded 16 albums, sold more than six million copies, and sung for Pope John Paul II, the Queen, and the Prince and Princess of Wales in a private recital, as well as presenting numerous children's television programmes. He sang at the wedding of celebrities Bob Geldof and Paula Yates in 1986. Jones also had the distinction of being the first artist to have two classical albums listed simultaneously in the popular music charts, and worked with Leonard Bernstein (Chichester Psalms). In 1986, he sang the oratorio Athalia with Emma Kirkby.

Jones' first biography, Walking on Air, was published in 1986. In September 1990, Jones made his acting debut at the Royal Theatre (Northampton) in Shaun McKenna's adaptation of Richard Llewellyn's How Green Was My Valley playing the teenage Huw Morgan.

Jones went on to study at the Royal Academy of Music and the Bristol Old Vic Theatre School, before beginning his adult recording career, with a largely religious/inspirational repertoire. In 1995 he took the leading role in the long-running production of Andrew Lloyd Webber's Joseph and the Amazing Technicolour Dreamcoat on a Blackpool pier. From Sep 1996 to May 1997 Aled played the young Tom Gradgrind (non singing) in a large scale national touring production of Charles Dickins' Hard Times. Theatres included Brighton Theatre Royal, Bath Theatre Royal and Richmond Theatre.

Following the launch of his first baritone album, Aled on the Universal Music label in Australia in May 2003, Jones visited the country on a promotional tour. He has since successfully toured in concert there five times: in Dec 2003, Aug 2006, Oct 2008, Aug/Sep 2010 and Feb 2015, performing in eight cities.

Jones has released two singles with Terry Wogan in aid of the Children in Need appeal.

From 3 July to 30 August 2008, Jones played the lead role of Caractacus Potts in Chitty Chitty Bang Bang at the Wales Millennium Centre, Cardiff. He returned to the stage, playing Bob Wallace in White Christmas at the Theatre Royal, Plymouth, and at The Lowry, Salford Quays, from November 2009 until 9 January 2010, and again from 11 to 26 November 2011 at the Mayflower Theatre, Southampton, from 1 to 17 December at the Grand Canal Theatre, Dublin, and at the Empire Theatre, Liverpool (22 December 2011 to 7 January 2012) On 8 November 2014 Jones made his West End debut, again playing Bob Wallace in "White Christmas", this time at the Dominion Theatre, Tottenham Court Road.

Following the publication of Aled's Forty Favourite Hymns in 2009, a further book, Favourite Christmas Carols, was published on 28 October 2010; Jones took the book on his UK tour in November and December 2010. On 29 November, his CD, Aled's Christmas Gift, was issued to accompany the book.

On 11 October 2010, Jones was confirmed to take over as stand-in presenter of the early morning breakfast slot on BBC Radio 2 following the departure of Sarah Kennedy, a role he occasionally covered in the years leading up to her departure. Jones covered this slot for six weeks until the beginning of his UK tour.

Jones is mentoring Isabel Suckling, the youngest classical recording artist signed by Decca Records and first choirgirl to sign a record contract with a major music label to date. Suckling's debut album was greatly endorsed by Jones, who described it as "breathtaking" and it was released on 29 November 2010.

In 2011, Jones hosted the television and DVD series, Classical Destinations III, Aled Jones' Ultimate Travel Guide to Classical Music which was filmed on his travels in the UK, Europe, Scandinavia and Australia.

Jones was a presenter on Classic FM as well as on Welsh radio (BBC Radio Wales and Radio Cymru) and television (S4C). In 2006 he joined the BBC, taking over from Don Maclean on Good Morning Sunday on BBC Radio 2 and The Choir on BBC Radio 3. He is also a presenter of Friday Night is Music Night, and has also been a regular stand-in presenter for Sarah Kennedy and Ken Bruce on Radio 2. Jones also presents other programmes for BBC Radio, such as Choir of the Year and Young Chorister of the Year. On 4 February 2013 it was announced that Aled would be returning to Classic FM to present a new show from 9:00-12:00 on Sundays, starting on 3 March of the same year. Jones (left) pictured with Jennie Bond, during filming for Cash in the Attic in 2010

As a teenager Jones presented Chatterbox, a children's chat show made by HTV for ITV, in 1988.

Jones's appearance as a contestant on Strictly Come Dancing in 2004 brought him to the attention of a wider audience, leading to further tours and albums. It also led to increasing demands on him as a broadcaster.

Jones is one of the main presenters of BBC One's Songs of Praise, including the annual "Big Sing" and the recent 50th Anniversary edition from Alexandra Palace. Since 2011, Jones has presented editions of Escape to the Country for the BBC. He was also a presenter on Cash in the Attic between 2010 and 2012. In October 2011, he appeared as a guest presenter on The One Show. In 2012, Jones hosted the Australian TV series Classical Destinations III, Aled Jones' Ultimate Travel Guide to Classical Music.

On 4 May 2012, Jones was confirmed as the new presenter of the ITV Breakfast programme Daybreak with Lorraine Kelly and Kate Garraway, replacing Adrian Chiles. On 3 March 2014, it was announced that Daybreak was to be replaced by a new breakfast programme called Good Morning Britain, which Jones would not be a part of. His last episode aired on 25 April 2014. The following day, Jones began hosting Weekend, broadcast every Saturday and Sunday morning from 8:30am.

Since 2012, Jones has presented the annual Christmas Carols on ITV programme, which airs late on Christmas Eve. In 2015, he was a regular reporter for Strictly Come Dancing: It Takes Two, broadcast on BBC Two.

Since February 2016, Jones has co-presented the daily magazine show Too Much TV, for BBC Two.

In 2016, Jones presented Going Back Giving Back, a daytime programme for BBC One.

Jones has been on the judging panel for the Pride of Britain awards twice.

Jones's daughter, Emilia, is an actress, best known for her roles as Alice in the Channel 4 series Utopia and the BBC One sci-fi series Doctor Who, featuring in the episode The Rings of Akhaten.

Jones was appointed Member of the Order of the British Empire (MBE) in the 2013 Birthday Honours for services to music and broadcasting and for charitable services. He collected his award on 17 October 2013.

On 14 February 2014, Jones was nominated as an Honorary Fellow of the Royal Academy of Music; he was presented with the fellowship on 3 July 2014.

He was one of the Joneses who broke the world record for gathering together the highest number of people who share a surname, in the Millennium Stadium in 2006: he was one of 1,224 people called Jones who took part. 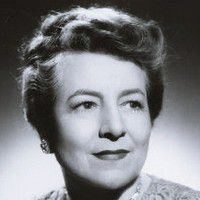