Alcimachus of Apollonia
The basics

Alcimachus of Apollonia (Greek: Ἀλκίμαχος, flourished 4th century BC) was a Greek nobleman who was a Macedonian who served as an official. He was an active diplomat and administrator in the latter reign of King Philip II of Macedon who reigned 359 BC–336 BC and the first years of his son, King Alexander the Great reigned 336 BC–323 BC.

Alcimachus was the first born of four sons to Agathocles and his wife, perhaps named Arsinoe. His paternal grandfather may have been called Alcimachus and one of his brothers was Lysimachus one of the Diadochi of Alexander the Great.

Two years after the Battle of Chaeronea in 338 BC, Alcimachus and Antipater were sent by Philip II to Athens where they were made ''Proxenoi'' of Athens where they were honored in a decree. Sometime in the reign of Philip II, Alcimachus may have been granted property in Apollonia and may have had honors bestowed upon him by Philip II. Two years later Alcimachus was in charge of an army, empowered by Alexander to ‘liberate’ the cities of Ionia and Aeolis. When Alcimachus was sent by Alexander to establish democracies in the Ionian and Aeolian cities, Alexander may have voiced some displeasure with Alcimachus’ behavior in handling affairs there, as he may have been the Alcimachus named in the Second Letter to the Chians. After Alexander's possible displeasure with Alcimachus, he is not mentioned again in the Alexander historians.

By an unnamed Greek wife, Alcimachus had two sons: Alcimachus by whom he had a grandson called Lysippus and Philip.

The contents of this page are sourced from Wikipedia article on 07 Mar 2020. The contents are available under the CC BY-SA 4.0 license.
comments so far.
Comments
From our partners
Sponsored
Reference sources
References
http://www.livius.org/lu-lz/lysimachus/lysimachus.html
Trending today in 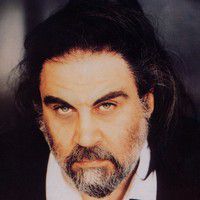