Alberto Ibargüen (born February 29, 1944) is President and CEO of the John S. and James L. Knight Foundation in Miami, Florida. He is the former publisher of The Miami Herald and El Nuevo Herald in Miami, Florida. Under his leadership, The Miami Herald won three Pulitzer Prizes; El Nuevo Herald won Spain's Ortega y Gasset Prize for excellence in journalism.

Ibargüen was born in Puerto Rico and raised in South Orange, New Jersey. He graduated from Wesleyan University with a B.A. degree and the University of Pennsylvania Law School. After college and before entering law school, he served in the Peace Corps in Venezuela's Amazon Territory and in Colombia.

Ibargüen was a legal aid lawyer in Hartford, Connecticut. He became the first executive director of the Connecticut Elections Commission, and practiced law for eight or nine years in Hartford. He joined the Hartford Courant as senior vice president for finance and administration; moved to New York to work at New York Newsday, where he stayed for 11 years. He later joined The Miami Herald and El Nuevo Herald as publisher for 10 years and became CEO of the Knight Foundation.

He has received honorary degrees from Wesleyan University, The George Washington University, University of Miami and Mercer University. For his work to protect journalists in Latin America, he received a Maria Moors Cabot citation from Columbia University.

Ibargüen is a member of the boards of PepsiCo, AMR Corporation (American Airlines), and AOL. He is a member of the U.S. Secretary of State's Foreign Affairs Policy Board. He has also served as board chairman of PBS; the Newseum in Washington, D.C.; and the World Wide Web Foundation, founded by Sir Tim Berners-Lee. He also served on the board of the Council on Foreign Relations and SnagFilms. Ibargüen is also a member of Washington D.C. based think tank the Inter-American Dialogue. 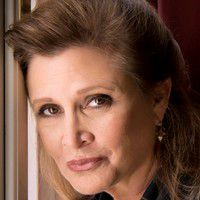