Born in Alexandria, Virginia, Bryan received an LL.B. from the University of Virginia School of Law in 1921 and was in private practice in Alexandria from 1921 to 1947.

On May 15, 1947, President Harry S Truman nominated Bryan to a seat on the United States District Court for the Eastern District of Virginia vacated by Robert N. Pollard. Bryan was confirmed by the United States Senate on June 3, 1947, and received his commission on June 5, 1947. He served as chief judge of the District Court from 1959 to 1961, when he was elevated to service on the United States Court of Appeals for the Fourth Circuit. Bryan's decisions on the Davis v. County School Board of Prince Edward County case were among those that served to implement the U.S. Supreme Court's ruling in Brown vs. Board of Education to force the desegregation of Virginia's public schools in the face of the so-called Massive Resistance to the ruling urged by Senator Harry F. Byrd and other Virginia political leaders.

On August 2, 1961, President John F. Kennedy nominated Bryan to fill a new seat on the Fourth Circuit created by 75 Stat. 80. Bryan was confirmed by the United States Senate on August 15, 1961, and received his commission the same day. He assumed senior status on May 3, 1972, and continued working in that capacity until his death, in 1984 at Fairfax Hospital in Fairfax, Virginia. He is buried at Ivy Hill Cemetery in Alexandria.

The Albert V. Bryan United States Courthouse, in Alexandria, Virginia, was named in his honor in 1986. 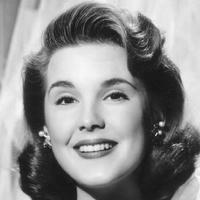