Albert Stanburrough Cook (March 6, 1853 – September 1, 1927) was an American philologist, literary critic, and scholar of Old English. He has been called "the single most powerful American Anglo-Saxonist of the nineteenth and twentieth centuries."

Cook was born in Montville, New Jersey. He began working as a mathematics tutor at sixteen and was offered chemistry professorship in Fukui, Japan before entering college, which he declined. He graduated with a Bachelor of Science degree from Rutgers College in 1872, writing a thesis on "The Inclined Planes of the Morris Canal," and taught there and at Freehold Academy while completing a Master of Science degree.

Having already learned German, he went on to study in Göttingen and Leipzig from 1877 to 1878, where he began learning languages including Latin, Greek, Italian, and Old English. He returned to the United States for two years as an associate in English at Johns Hopkins University, then in 1881 he spent time in London with phoneticist Henry Sweet studying manuscripts of Cynewulf and the Old Northumbrian Gospels at the British Museum. This work allowed him to complete a PhD in 1882 at the University of Jena, where he studied under Eduard Sievers. Cook became a professor of English in the University of California in 1882, where he re-organized the teaching of English in the state of California, introduced English requirements for university admission, and edited many texts for reading in secondary schools. He became chair of English language and literature at Yale University in 1889, where he remained for thirty-two years until his death and became a prolific editor of major English works and literary criticism. 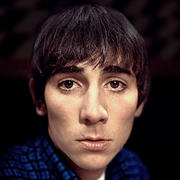 English rock musician, drummer of The Who 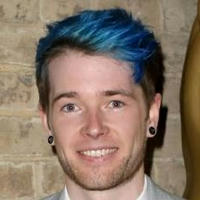