Born in Tunis, in French Tunisia, to a Tunisian Jewish mother, Marguerite Sarfati, and a Tunisian-Italian Jewish father, François Memmi, Albert Memmi grew up speaking French and Tunisian-Judeo-Arabic. He claims to be of Berber ancestry. During the Nazi occupation of Tunisia, Memmi was imprisoned in a forced labor camp from which he later escaped.

Memmi was educated in French primary schools, and continued on to the Carnot high school in Tunis, the University of Algiers where he studied philosophy, and finally the Sorbonne in Paris. Albert Memmi found himself at the crossroads of three cultures, and based his work on the difficulty of finding a balance between the East and the West.

Parallel with his literary work, he pursued a career as a teacher, first as a teacher at the Carnot high school in Tunis (1953) and later in France (where he remained after Tunisian independence) at the Practical School of Higher Studies, at the HEC High School in Paris and at the University of Nanterre (1970).

Although he supported the independence movement in Tunisia, he was not able to find a place in the new Muslim state both because of his French education and his Jewish faith, and following independence he "was asked to leave" the new state.

Memmi's well-regarded first novel, La statue de sel (translated as The Pillar of Salt), was published in 1953 with a preface by Albert Camus and was awarded the Fénéon Prize in 1954. His other novels include Agar (translated as Strangers), Le Scorpion (The Scorpion), and Le Desert (The Desert).

His best-known non-fiction work is The Colonizer and the Colonized, about the interdependent relationship of the two groups. It was published in 1957, a time when many national liberation movements were active. Jean-Paul Sartre wrote the preface. The work is often read in conjunction with Frantz Fanon's Les damnés de la Terre (The Wretched of the Earth) and Peau noire, masques blancs (Black Skin, White Masks) and Aimé Césaire's Discourse on Colonialism. In October 2006, Memmi's follow-up to this work, entitled Decolonization and the Decolonized, was published. In this book, Memmi suggests that in the wake of global decolonization, the suffering of former colonies cannot be attributed to the former colonizers, but to the corrupt leaders and governments that control these states.

Sean P. Hier, in a review of Memmi's Racism, calls it "well-written and autobiographically informed." He writes that Memmi's main claim is that racism is a "'lived experience' arising within human situations which only secondarily become 'social experiences.' According to Hier, Memmi writes that racism is "endemic to collective human existence."

Memmi has also written extensively on Judaism, including Portrait of a Jew, Liberation of the Jew and Jews and Arabs. Some of these books have been issued by Plunkett Lake Press in eBook form.

Reviewing Memmi's fiction, scholar Judith Roumani asserts that the Tunisian writer's work "reveals the same philosophical evolution over time from his original viewpoints to less radical but perhaps more realistic positions." She concludes that "his latest fiction is certainly more innovative and different than his earlier work." 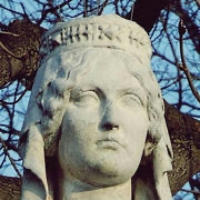 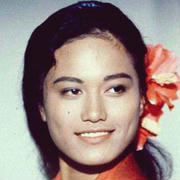