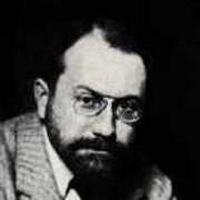 Albert Langen (8 July 1869 – 30 April 1909) was a German publisher and founder of the satirical publication Simplicissimus.

Langen was, after Martha and Martin, the third of four children born to Antwerp industrialist Friedrich Albert Langen and Ida Goeters. After the death of Langen's grandfather, Johann Jacob Langen, the family moved to Cologne on Jacordenstrasse 5, where Langen and his siblings grew up and where his younger sister, Elizabeth, was born.

After a clerical apprenticeship, Langen moved to Paris in 1890 to be trained as a painter. There, he became acquainted with many writers, including Henry Becque, Abel Hermant, Paul Hervieu, Octave Mirbeau, and Émile Zola, as well as artists including Théophile Alexandre Steinlen, one of the chief illustrators for Gil Blas Illustré, who was to become a lifelong friend. He also found a mentor in the Dane Julius Rudolph Wilhelm Petersen, who had lived in Paris since 1890 under the name Willy Gretor. Gretor was an outgoing adventurer and con man who as a painter, poet, art dealer, and forger, depicted many images. For a time, Gretor was a secretary for Frank Wedekind, and served as the inspiration behind the Marquis in Wedekind's 1898 play, Der Marquis von Keith. Langen took over Gretor's grandiose apartment on the Boulevard Malesherbes, along with expensive furniture and an extensive collection of images (including some, it was said, of dubious authenticity). Inspired by Gretor, Langen considered opening an art gallery, but an encounter with the author Knut Hamsun, whom he also met through Gretor, led him in a different direction. Hamsun's novel Mysterium had been rejected by S. Fischer Verlag, but Langen was so moved by a German translation of the work (by Marie von Borch) that he offered to pay Samuel Fischer for the printing costs. When this still failed, Langen founded a publishing house to bring out the work himself. Hamsum's Mysteries, thus, came out in 1894 as the first title under the Langen imprint.

The following year, the publisher first moved to Leipzig and then to Munich. In addition to Scandinavian authors such as Bjørnstjerne Bjørnson, Georg Brandes, and Sven Lange, Langen also expanded into contemporary French and German literature. His first German title, Wedekind's Der Erdgeist [the Earth Spirit], was published in 1895. He was especially successful with paperback editions with signature bindings of, at first primarily French, artists such as Jules Chéret, Théophile Alexandre Steinlen, and especially Thomas Theodor Heine.

Langen is especially known for his contribution to modern book design. Heine and Bruno Paul were his most important book artists (designing the covers, dust jackets, vignettes, and illustrations), but both worked quite differently. Heine's drawing style was very fluid, whereas Paul presented strong blocking of surfaces and colors. Both artists were clearly influenced by the Art Nouveau. Other illustrators included Ferdinand von Reznicek, Eduard Thöny and the Norwegian Olaf Gulbransson who joined the firm in 1902 and whose minimalist drawing style eventually became as indispensable for Simplicissimus as Heine's. To Langen's credit, poster artist and genre painter Brynolf Wennerberg won a prize in 1909.

Langen was not a typical publisher, in that he ran the company not only out of economic considerations, but also with a cultural-political mission. His main Kulturverleger rival at the time, Samuel Fischer, also chose modernity as a focal point. Several writers (including Henrik Ibsen, Jakob Wasserman, and Ludwig Thoma) briefly published with Langen but then returned to S. Fischer, whose earlier entry into the market (in 1886) proved insurmountable.

The contents of this page are sourced from Wikipedia article on 08 Mar 2020. The contents are available under the CC BY-SA 4.0 license.
View Albert Langen 's image gallery
Image Gallery