Albert Hoit Bumstead (1875–1940) was an American cartographer and inventor.

Bumstead was born in Minneapolis in 1875, and attended Worcester Academy for one year, graduating in 1894. His home at that time was Atlanta, Georgia. Albert went on to Worcester Polytechnic Institute (WPI) and studied civil engineering. After WPI, he was a surveyor for the U.S. Geological Survey. In 1910 he resided in Townsend Harbor, Massachusetts. In 1912, he was the topographer of the Yale University expedition to Peru, and by 1916 he was a cartographer at the National Geographic Society. Bumstead invented three sun compasses used by Admiral Richard Byrd and by the Navy aviators in the Arctic expedition led by Donald MacMillan. In addition, he developed a method for making marble bas-reliefs from photographs using a dual vision device, a prime with two reflecting surfaces. Albert died on January 9, 1940. Mount Bumstead in the Antarctic is named for him.

Harvard University records indicate that Bumstead's father Horace Bumstead (1841–1919) was the son of Josiah Freeman Bumstead, a Boston merchant, and Lucy Douglas Willis Bumstead. He was educated at the Boston Latin School and Yale College (Class of 1863) and became a Congregationalist minister and educator. During the Civil War, Bumstead was commissioned as a Major for the 43rd regiment of the U.S. Colored Troops where he served from April 1864 to December 1865. He later joined the faculty of Atlanta University and served as their second president from 1888–1907. 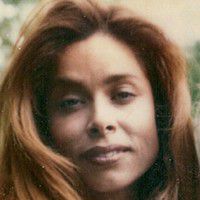