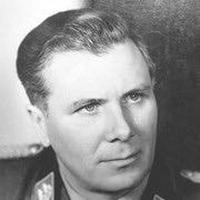 Albert Bormann (2 September 1902 – 8 April 1989) was a German National Socialist Motor Corps (NSKK) officer, who rose to the rank of Gruppenführer (Generalleutnant) during World War II. Bormann served as an adjutant to Adolf Hitler, and was the younger brother of Martin Bormann.

Bormann was born on 2 September 1902 in Wegeleben (now in Saxony-Anhalt) in the Kingdom of Prussia in the German Empire. He was born to a Lutheran family, the son of Theodor Bormann (1862–1903), a post office employee, and his second wife, Antonie Bernhardine Mennong. He had two half-siblings (Else and Walter Bormann) from his father's earlier marriage to Louise Grobler, who died in 1898. Antonie Bormann gave birth to three sons, one of whom died in infancy. Martin Bormann (born 1900) and Albert, born two years later, both survived to adulthood.

In April 1931, Martin Bormann gained his brother a job with the Nazi Party Relief Fund in Munich. By October 1931, Bormann was assigned to Kanzlei des Führers (Hitler's Chancellery) of the NSDAP. It was responsible for the Nazi Party and associated organizations and their dealings directly with Adolf Hitler. Bormann was different from his older brother, Martin. He was tall, cultured and "avoided the limelight". Bormann believed he was serving the greater good and did not use his position for personal gain. He became friends with SS-Obergruppenführer Philipp Bouhler, the chief of Hitler's Chancellery (Der Chef der Kanzlei des Führers der NSDAP).

Hitler was fond of Bormann and found him to be trustworthy. In 1938, Bormann was assigned to a small group of adjutants who were not subordinate to Martin Bormann. The relationship between Martin and Albert became so caustic that Martin referred to him not even by name but as "the man who holds the Führer's coat".

Further in 1938, Bormann became Chief of Main office I: Persönliche Angelegenheiten des Führers (Personal Affairs of the Führer) of the Kanzlei des Führers. In that job, Bormann handled much of Hitler's routine correspondence. Before being chosen as a private secretary for Hitler, Traudl Junge worked for Bormann in that office after she came to Berlin.

On 20 April 1945, during the Battle of Berlin, Bormann, Admiral Karl-Jesko von Puttkamer, Theodor Morell, Hugo Blaschke, secretaries Johanna Wolf, Christa Schroeder, and several others were ordered by Hitler to leave Berlin by aircraft for the Obersalzberg. The group flew out of Berlin on different flights by aircraft of the Fliegerstaffel des Führers over the following three days.

After the end of World War II, Bormann went by the name Roth. He worked on a farm until April 1949, when he was arrested. He was sentenced by a Munich de-nazification court to six months of hard labor, being released in October 1949. Bormann disliked Martin to the point where he did not even wish to discuss his brother in interviews after the war. Further, Bormann refused to write his memoirs. In April 1989, Bormann died while living in Munich.

The contents of this page are sourced from Wikipedia article on 09 Mar 2020. The contents are available under the CC BY-SA 4.0 license.
View Albert Bormann 's image gallery
Image Gallery 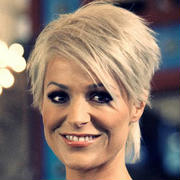