Alan Niven is a New Zealand-born band manager best known for his tenure as manager of Guns N' Roses and Great White.

Niven became the first manager of Guns N' Roses, serving from 1986 to 1991. He was fired from his post just prior to the release of Use Your Illusion. According to a 1991 cover story by Rolling Stone magazine, frontman Axl Rose forced the dismissal of Niven (against the wishes of some of his band-mates) by refusing to complete the albums until he was replaced.

The contents of this page are sourced from Wikipedia article on 02 Aug 2020. The contents are available under the CC BY-SA 4.0 license.
comments so far.
Comments
From our partners
Sponsored
Reference sources
References
http://www.radionz.co.nz/national/programmes/musicalchairs/20100703
https://www.yahoo.com/music/its-not-so-easy-beleaguered-ex-guns-n-roses-213938997.html
http://loudwire.com/axl-fires-manager-alan-niven-25-most-destructive-guns-n-roses-moments/
http://noisecreep.com/guns-n-roses-manager-alan-niven/
https://www.rollingstone.com/news/story/15808339/guns_n_roses_outta_control_the_rolling_stone_cover_story/2
http://www.michaelbrandvold.com/blog/2013/03/tru-b-dor-formed-by-alan-niven-former-manager-of-great-white-and-guns-n-roses-to-work-with-michael-brandvold-marketing/
Trending today in 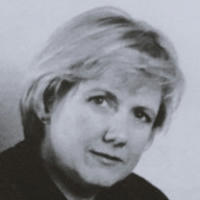