Alan Merrill (born Allan Preston Sachs; February 19, 1951 – March 29, 2020) was an American vocalist, guitarist, songwriter, actor and model. In the early 1970s, Merrill was the first Westerner to achieve pop star status in Japan. He was the co-writer of, and lead singer on, the first released version of the song "I Love Rock 'n' Roll", which was recorded by the Arrows in 1975.

Merrill was best known as a vocalist and songwriter but also played the guitar, bass guitar, harmonica and keyboards.

Merrill was born in The Bronx, New York City, the son of two jazz musicians, singer Helen Merrill and saxophone/clarinet player Aaron Sachs. He went to Aiglon College in Switzerland from age 9 to 13, a British boarding school. On returning to the United States he attended various schools in New York and Los Angeles, and at Sophia University (a private Jesuit research university in Tokyo, Japan). He started his semi-pro career in New York City aged 14 when he began playing in Greenwich Village's Cafe Wha? with the bands The Kaleidoscope, The Rayne, and Watertower West. The groups played the club during the 1966-1968 period.

In 1968, Merrill auditioned for the New York City band, the Left Banke. The audition was successful, but the band dissolved. Shortly thereafter, he left to reside in Japan, and started his professional career there with the band The Lead, on RCA Victor Records. The band was a foreign Tokyo-based act. The Lead had one hit single, "Akuma ga kureta Aoi Bara" (Blue Rose), but the project soon fell apart when two of the American members of the group were deported.

In 1969 Merrill signed a solo management deal with Watanabe Productions, who contracted him to Atlantic Records, and changed his professional surname from Sachs (pronounced sax) to Merrill because "Merrill" sounded less lascivious and was more commercially viable when spoken by young Japanese pop music fans.

He recorded one album with Atlantic Records, "Alone in Tokyo" which yielded one hit single, "Namida" (Teardrops) and he became the first foreign domestic market pop star in the Japanese Group Sounds.

Merrill acted on the popular TV soap opera Jikan Desu Yo and had his own corner as a regular on the TBS's Young 720, a morning show for teens. He was the featured principal as a model in ads for Nissan cars, Jun clothing, AnnAnn, Non-no, and GT Jeans. In 1971 he released an LP of his own compositions titled Merrill 1 in Japan for Denon/Columbia record label produced by Mickey Curtis. At the peak of his fame Tiny Tim covered an Alan Merrill composition from the Merrill 1 album, a song titled "Movies", in 1972 on Scepter Records. He then formed the band Vodka Collins, which became Japan's top glam rock act. The band included Japanese superstars Hiroshi "Monsieur" Kamayatsu and Hiroshi Oguchi. Vodka Collins recorded one LP in 1972-1973 titled Tokyo – New York, on the EMI Toshiba label, which is still available today in CD re-issues. The band are best known for recording and releasing the first popular glam rock songs in Japanese in 1972 including the double A-sided single "Sands Of Time" and "Automatic Pilot".

In 1974 in London Merrill formed the band Arrows (as lead singer and bass guitarist), with drummer Paul Varley and guitarist Jake Hooker. Peter Meaden was the Arrows' first manager, but later they signed with Mickie Most's RAK Records. In March 1974 the Arrows were in the top 10 in the UK charts with the song "Touch Too Much".

The Arrows became a popular band with teens, and once again Merrill had slid back into the teen market he had fought hard to get out of in Japan. The Arrows had another hit single with "My Last Night With You" which made the UK top 30 in 1975, but the band's single releases were few and far between as a result of their producer Mickie Most's winding down his own career momentum. Recorded at Morgan studio in London 1974 Merrill played bass guitar on drummer Cozy Powell's chart hit single "The Man In Black" and the b-side "After Dark" produced by Mickie Most on RAK records. The recording hit a peak position of #18 on the British charts.

With the Arrows Merrill sang three chart hit records as the band's lead singer, all produced by Mickie Most, "Touch Too Much" (# 8 UK charts) "Toughen Up" (# 51 UK charts) and "My Last Night With You" (# 25 UK charts). They made one more single that would be an important one. "I Love Rock 'n' Roll" (1975), a song that started out as a b-side to the 45 rpm Arrows single "Broken Down Heart". The song "I Love Rock 'N Roll" was composed by Alan Merrill and Arrows bandmate Jake Hooker.

The record was later flipped to a-side status, and the band made only one television performance with the song. The show's producer Muriel Young was so impressed with the Arrows that she made a pitch to Granada ITV for them to have their own television series. The Arrows then got their own weekly TV series Arrows in 1976, taking over from the Bay City Rollers Granada TV series Shang-a-Lang. The Arrows signed with MAM Management. Their producer Mickie Most was so angry at the band for signing the management deal, that he vowed to never release another Arrows record. So it came to pass that Arrows had their own weekly television series and no records released during that time. Their ratings were so good that they got a second weekly series, but they released no new recordings. the Arrows disbanded shortly after the end of the second series.

In 1982, Joan Jett released a cover of the Arrows song, "I Love Rock 'N Roll" (composed by Alan Merrill and Jake Hooker), it went to number one on the U.S. Billboard charts for 7 weeks. The following year Lou Rawls recorded Alan Merrill's song "When The Night Comes" as the title track of his 1983 Epic Records album. The Rawls' version of the song was taken into space by astronaut Guion Bluford, the first music taken to and played in outer space.

In 1983, Merrill recorded a solo album for Polydor Records, simply titled Alan Merrill, a collection of self-composed tracks. Some friends contributing to this record were Steve Winwood, Mick Taylor and Dallas Taylor. It was released in 1985 and received critical acclaim. In 1986, Merrill joined the Meat Loaf band for the promotional tour of his Blind Before I Stop album, and stayed for several years, and appears on Meat Loaf's 1987 Live at Wembley (1987) album for Arista Records. In 1989, Merrill was offered a role on the television series Encyclopedia Brown on HBO, and was a part of the successful series in his role as principal character Casey Sparkz. Merrill wrote a song for the production, "Who Done It?" which he performed on the series and was featured in the concert scene.

In 1990, a Vodka Collins reunion tour was organized due to popular demand as a result of the successful CD reissue of their debut vinyl LP Tokyo-New York. The Tokyo-based band toured Japan, then several years later recorded the first in a series of reunion albums, Chemical Reaction (1996) which was followed by Pink Soup (1997), Boy's Life (1998) and Boys in The Band (2004). The Vodka Collins Tokyo-New York album has been reissued again as recently as October 2011 on EMI Japan. While working in Japan with his main project Vodka Collins, Merrill also had a side project in New York, starting with a tribute to Don Covay he began recording with R&B producer Jon Tiven. This led to the "Yes I Ram" and "Blue Guru" albums in the mid-1990s featuring Merrill on lead vocals.

The Arrows 1974 top 10 UK hit "Touch Too Much", featuring lead vocals by Merrill appears on the soundtrack of the feature film The Look Of Love, a 2013 biopic of  Paul Raymond. "Restless Soul", a song Merrill co-wrote with Shinohara Nobuhiko that was on air nightly on the Asahi TV travel show Sekai No Kaido Wo Yuku (Traveling on the roads of the world) in Japan broadcast from 2014–15. The Arrows' songs "We Can Make It Together" and "Moving Next Door To You" (composed by Merrill and Jake Hooker) were used on the BBC1 TV show Homes Under The Hammer series 18 episode 70 and series 19 episode 53 respectively in England, first aired on February 5, 2015. The songs were B-sides of the Arrows RAK records top 30 hit singles "Touch Too Much" and "My Last Night With You" produced by Mickie Most in 1974 and 1975 with lead vocals by Merrill. In September 2015, Merrill added his guitar parts to popular Japanese vocalist Superfly's cover of his composition, "I Love Rock N Roll", released three months later on Warner Brothers-Japan records.

In early June 2016, he released a duet with fellow 1970s UK rock star Bob Bradbury of the band Hello titled "Brothers in Rock" and another duet, this one in Japanese with Bruce Bauer, "Hello Japan", out June 20, 2016. On November 28, 2017, he released a 15-song solo album, On A Blue Avenue. He also did live concerts internationally, both with backing bands and solo acoustic. A film featuring Alan Merrill as a principal actor was released July 1, 2017, titled Re-Agitator / Revenge Of The Parody. On December 15 2017,  Eminem released his album Revival including the title "Remind Me" crediting Allan Sachs (professionally known as Alan Merrill) as one of the song's co-writers for use of "I Love Rock N Roll" samples. The Eminem album made its debut at #1 in the Billboard album charts.

He hosted the television series, Across the Pond, for the MyJam Music Network. He also wrote and recorded the show's theme song "Across the Pond" which was released March 2018.

In mid-February 2019, Merrill released a Valentine's Day single of a song he wrote titled "Your Love Song."

The contents of this page are sourced from Wikipedia article on 30 Mar 2020. The contents are available under the CC BY-SA 4.0 license.
View Alan Merrill 's image gallery
Image Gallery 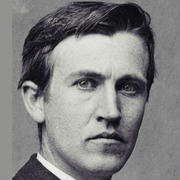 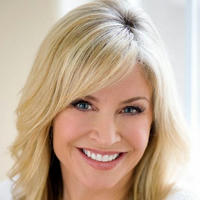