Alan “Punch” Green, Jr. (May 1, 1925 – March 23, 2001) was the United States Ambassador to Romania from 1989 to 1992. Green's service began just before the overthrow and execution of Romanian dictator Nicolae Ceaușescu. He evacuated women and children from the grounds and slept on his office couch for ten days due to explosions around Bucharest., In May 1990, he was recalled “to Washington for 'consultations.' A State Department spokeswoman described the action as a 'public signal of our concern for the process of free and fair elections.'”

Green was chairman of the board and owner of Tom Benson Glass Co. He went on to own Western Batteries Inc. of Beaverton, Oregon. Green was a recovering alcoholic and was one of the founders of Comprehensive Care Corp., which provided treatment for alcoholism.

After serving two terms as chairman of the Port of Portland, Ronald Reagan appointed him chairman of the Federal Maritime Commission in 1981. Green “rated guiding the Shipping Act of 1984 through Congress as one of his proudest achievements” of his four year tenure.

Green was valedictorian of his class at Lincoln High School (Portland, Oregon) and served in the U.S. Army in the Pacific during World War II before graduating from Stanford University in 1949. At Stanford he was known as Mr. Republican.

Green died at his home from heart failure.

The contents of this page are sourced from Wikipedia article on 20 Apr 2020. The contents are available under the CC BY-SA 4.0 license.
comments so far.
Comments
From our partners
Sponsored
Reference sources
References
https://www.nytimes.com/2001/07/29/us/alan-green-ambassador-75.html
https://history.state.gov/departmenthistory/people/green-alan
https://www.upi.com/Archives/1990/05/10/US-recalls-envoy-to-Romania-as-sign-of-concern-over-elections/2459642312000/
https://www.latimes.com/archives/la-xpm-2001-mar-26-me-42906-story.html
https://stanfordmag.org/contents/oregon-s-mr-republican
https://www.adst.org/OH%20TOCs/Green,%20Jr.,%20Alan.toc.pdf
Trending today in 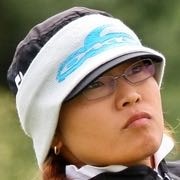 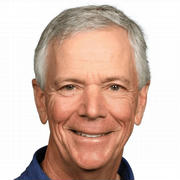