Alan B. Miller
The basics

Alan B. Miller (born August 17, 1937) is an American businessman who is the founder of Universal Health Services, and currently serves as the company's chairman and chief executive officer (CEO). Miller founded the company in 1979 and it has grown to become one of the largest providers of hospital and healthcare services in the nation, with annual revenues of more than $11.37 billion.

Miller was born in Brooklyn, New York City, New York on August 17, 1937. His father owned a dry cleaner store and his mother worked for a millinery company. As a youth, Miller was active in sports but also worked after-school jobs as a delivery clerk for a grocery store and for Western Union.

Miller is six foot-five inch height, and basketball skills helped lead his high school team to an undefeated season and a New York City championship in 1954. He received a full scholarship to the University of Utah. While he began his college years at University of Utah, he graduated from the College of William and Mary. He earned his MBA from The Wharton School.

While he was in college, Miller joined the U.S. Army Reserve Officers' Training Corps (ROTC), and was commissioned as a captain in the U.S. Army and served in the 77th Infantry Division after he completed his education.

Miller began his career in the advertising industry at Young & Rubicam in New York, one of the industry's largest advertising agencies. As the agency's youngest vice president, Miller learned about entrepreneurship and risk-taking as he worked with his clients. For example, while he was at Y&R, Miller was instrumental in developing one of the first nationally syndicated television programs, a show called “Cooking With Graham Kerr.”

When his former Wharton roommate came to him in 1969 with an idea for a business, Miller decided to leave the advertising industry for a new venture. His new company, called American Medicorp, would build privately owned hospitals in high growth areas—such as California, Nevada, Texas and Florida—that had few hospitals.

Four years later, in 1973, the company was in financial trouble and Miller's partner had left the company. Miller took over as CEO of American Medicorp and engineered a turnaround that brought attention within the healthcare industry. American Medicorp became the target of a hostile takeover by Humana in 1978.

Faced with losing the company, Miller fought Humana's takeover bid. While he was ultimately not able to thwart the takeover, he did force Humana to raise the price it paid for American Medicorp, and generated additional money for all company shareholders.

The day after he lost American Medicorp to a hostile takeover, Alan B. Miller started a new company in the same industry. The new company was called Universal Health Services, Inc. (UHS).

Following the same formula for success that had helped him rebuild American Medicorp, Miller has transformed Universal Health Services, Inc. from a start-up company that had six employees and zero revenue in 1979 into a Fortune 500 company that is one of the nation's largest healthcare corporations. The company currently owns more than 240 acute care hospitals, behavioral health facilities and ambulatory units, has more than 74,000 employees and generates annual revenues of more than $9.0 billion.

In addition to his work with UHS, Miller serves on the boards of directors of The Penn Mutual Life Insurance Company and Broadlane.

In 2017, Alan B. Miller and Marc D. Miller were featured as the front-page story of BOSS Magazine, "Good for your Health." In the publication, UHS is credited with transforming healthcare for more than 2.6 million patients a year.

In 2019, Alan B. Miller was featured in Modern Healthcare 'Bold Moves': "Venturing into Unfamiliar Territory" August 2019

In 2019, Alan B. Miller was featured in The Wall Street Transcript

In 2019, Alan B. Miller was named to the Philadelphia Business Journal 2019 Most Admired CEOs list.

In 2019, Alan B. Miller was named to the Fox Business list of 10 military veterans who became CEOs of Fortune 500 companies.

In 2019, UHS was named to the Philadelphia Business Journal list of Largest Health Systems in the Greater Philadelphia region.

In 2019, Alan B. Miller received the Distinguished Civilian Award from the Ben Franklin Global Forum in recognition of his leadership and accomplishments in providing behavioral healthcare to active duty military, veterans and their families.

In 2020, Alan B. Miller was named to the longest living CEOs globally in the S&P 500 by International Business Times.

In addition to his work with the business school at the College of William & Mary, Miller also funded the construction of the campus gymnasium and established liberal arts and basketball scholarships to honor his parents, Mary and Manuel. Miller's involvement is not limited to colleges where he studied. For example, when the University of South Carolina Aiken needed help persuading the state legislature to fund the construction of a new building for its nursing school, he provided a significant financial gift that made it possible to get the remainder of the money it needed from the state of South Carolina. Today, the Alan B. Miller Nursing Building stands on the campus as a reminder of Alan's spirit of community involvement. In 1995 Miller received an Honorary Doctorate in Business Administration from the University of South Carolina Aiken.

He has also served as the chairman of the Philadelphia United Negro College Fund Corporate Campaign, and received that organizations Chairman's Award in 1996. The Juvenile Diabetes Research Foundation, an organization in which he was active for years, has also honored Miller. A lover of the opera, Miller is chairman emeritus of the Opera Company of Philadelphia and also serves as a director of the Kimmel Center for the Performing Arts in Philadelphia.

In 2018, Alan B. Miller joined the board of the Museum of the American Revolution in Philadelphia. https://www.amrevmuseum.org/

In April 1999, Miller received the first Lifetime Achievement Award from the Federation of American Hospitals in recognition of his work. Miller also received the FAHS Award for leadership in 1978. He was named Master Entrepreneur of the Year in 1991, an award sponsored by Ernst & Young and Merrill Lynch, and Financial World magazine listed him among the Outstanding 1000 CEOs in 1995 and 1996. He has also been one of Modern Healthcare magazine's "100 Most Powerful People in Healthcare" every year since 2003. In 1992, he was awarded an Honorary Doctorate from the University of South Carolina, and was awarded the Ellis Island Medal of Honor in recognition of his "exceptional humanitarian efforts and outstanding contributions to the country" through healthcare. He is a past recipient of the Americanism Award from the Anti-Defamation League. In 1999, he received the William & Mary Medallion, the highest award presented to alumni. In October 2007, the college awarded him the T.C. and Elizabeth Clarke Business medallion, the school's highest honor for business achievement. Miller received the George Washington University President's Medal in 2002. He also received the Chairman's Award from the United Negro College Fund and the Ellis Island Medal of Honor 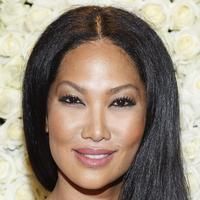 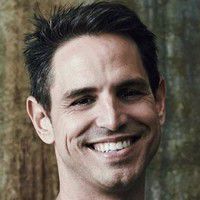 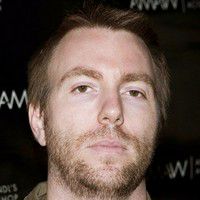