Al Kamil inherited his throne at a time when the Ayyubid Emirate of Mayyafariqin was in great danger from the Mongols. Because of its location, it was doubly at risk. To the north, the Golden Horde under Batu Khan had expanded through the Caucasus and might thrust south; to the south and east, Hulagu Khan threatened to overrun Iraq and push north. Much of Al Kamil's reign was therefore occupied with diplomatic efforts to preserve his autonomy and he sent various embassies to the Mongols to try to negotiate this.

In 1252 (650) Bayju Khan, governor of Azerbaijan and Armenia for the Golden Horde, suddenly appeared before Mayafariqin and demanded its surrender. Al Kamil Muhammad had managed to get out of the city with his family to the safety of Hasankeyf and from there he sent his brother al Ashraf Musa to petition Batu Khan for Mayyafariqin’s autonomy. Batu agreed to hold off invading Mayyafariqin if Al Kamil Muhammad would go in person to the Great Khan Möngke in Karakorum to present his submission. Al Kamil agreed and in February 1253 (650) he set off bearing rich gifts. When he arrived in Karakorum he found a number of other Emirs paying their respects to the Great Khan and offering submission.

The Mongols had no intention of allowing these domains to remain even nominally independent, but their strategy involved taking Baghdad first before moving on to other centres in due course. There was thus a few years’ respite for Mayyafariqin. Ultimately though Al Kamil’s efforts were in vain. The Mongol armies returned in force some years later, and laid siege to the city. There was a harsh and bitter siege with vigorous resistance to the attackers, which lasted two years. Finally Al Kamil was killed when Mayyafariqin fell to the Mongols on 7 April 1260 (23 Rabia II 658). Of the remaining Ayyubid states in Syria, Aleppo was brutally conquered, while Homs, Hama and Damascus submitted peacefully.

The contents of this page are sourced from Wikipedia article on 23 Jun 2020. The contents are available under the CC BY-SA 4.0 license.
comments so far.
Comments
From our partners
Sponsored
Reference sources
References
https://www.worldcat.org/search?fq=x0:jrnl&q=n2:0732-2992
Trending today in 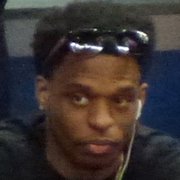