Not much is known about al-Jāḥiẓ's early life, but his family was very poor. Born in Basra early in 160/February 776, he asserted in a book he wrote that he was a member of the Arabian tribe Banu Kinanah. His nephew also reported that Al-Jahiz's grandfather was a black cameleer.

He sold fish along one of the canals in Basra in order to help his family. Financial difficulties, however, did not stop al-Jāḥiẓ from continuously seeking knowledge. He used to gather with a group of other youths at Basra's main mosque, where they would discuss different scientific subjects. He also attended various lectures given by the most learned men in philology, lexicography and poetry.

Al-Jāḥiẓ continued his studies. Over a span twenty-five years, he would acquire considerable knowledge of Arabic poetry, Arabic philology, and pre-Islamic Arab history. He also studied the Qur'an and the Hadiths. Additionally, al-Jāḥiẓ read translated books on Greek sciences and Hellenistic philosophy, especially that of the Greek philosopher Aristotle. His education was highly facilitated by the fact that the Abbasid Caliphate was in a period of cultural and intellectual revolution. Books became readily available, and this made learning easily available. A giraffe from Kitāb al-ḥayawān (Book of the Animals) by the 9th century Arab naturalist Al-Jahiz.

While still in Basra, al-Jāḥiẓ wrote an article about the institution of the Caliphate. This is said to have been the beginning of his career as a writer, which would become his sole source of living. It is said that his mother once offered him a tray full of notebooks and told him he would earn his living from writing. He went on to write two hundred books in his lifetime on a variety of subjects, including Arabic grammar, zoology, poetry, lexicography, and rhetoric. Of his writings, only thirty books survive. Al-Jāḥiẓ was also one of the first Arabic writers to suggest a complete overhaul of the language's grammatical system, though this would not be undertaken until his fellow linguist Ibn Maḍāʾ took up the matter two hundred years later.

Al-Jāḥiẓ moved to Baghdad, then the capital of the caliphate, in 816 AD, because the Abbasid caliphs encouraged scientists and scholars and had just founded the House of Wisdom. Because of the caliphs' patronage and his eagerness to establish himself and reach a wider audience, al-Jāḥiẓ stayed in Baghdad (and later Samarra), where he wrote a huge number of his books. The caliph al-Ma'mun wanted al-Jāḥiẓ to teach his children, but then changed his mind when his children were frightened by al-Jāḥiẓ's boggle-eyes (جاحظ العينين). This is said to be the origin of his nickname. He enjoyed the patronage of al-Fath ibn Khaqan, the bibliophile boon companion of Caliph al-Mutawakkil, but after his murder in December 861 he left Samarra for his native Basra. He died there in late 868, according to one story, when a pile of books from his private library collapsed on him. A page from Al-Jahiz's Kitāb al-Hayawān depicting an ostrich (Struthio camelus) in a nest with eggs. Basra.

Kitab al-Hayawan (Book of the Animals)

The al-Hayawan is an encyclopedia of seven volume of anecdotes, poetic descriptions and proverbs describing over 350 varieties of animals. The work was considered by the 11th-century Muslim scholar Al-Khatib al-Baghdadi to be "little more than a plagiarism" of Aristotle's Kitāb al-Hayawān, a charge that was once levelled against Aristotle himself with regard to a certain "Asclepiades of Pergamum". Later scholars have noted that there was only a limited Aristotelian influence in al-Jāḥiẓ's work, and that al-Baghdadi may have been unacquainted with Aristotle's work.

Conway Zirkle, writing about the history of natural selection science in 1941, said that an excerpt from this work was the only relevant passage he had found from an Arabian scholar. He provided a quotation describing the struggle for existence, citing a Spanish translation of this work: "The rat goes out for its food, and is clever in getting it, for it eats all animals inferior to it in strength", and in turn, it "has to avoid snakes and birds and serpents of prey, who look for it in order to devour it" and are stronger than the rat. Mosquitos "know instinctively that blood is the thing which makes them live" and when they see an animal, "they know that the skin has been fashioned to serve them as food". In turn, flies hunt the mosquito "which is the food that they like best", and predators eat the flies. "All animals, in short, can not exist without food, neither can the hunting animal escape being hunted in his turn. Every weak animal devours those weaker than itself. Strong animals cannot escape being devoured by other animals stronger than they. And in this respect, men do not differ from animals, some with respect to others, although they do not arrive at the same extremes. In short, God has disposed some human beings as a cause of life for others, and likewise, he has disposed the latter as a cause of the death of the former."

A collection of stories about the greedy. Humorous and satirical, it is the best example of al-Jāḥiẓ' prose style. Al-Jāḥiẓ ridicules schoolmasters, beggars, singers and scribes for their greedy behavior. Many of the stories continue to be reprinted in magazines throughout the Arabic-speaking world. The book is considered one of the best works of al-Jāḥiẓ.

al-Bayan wa al-Tabyinn was one of al-Jahiz's later works, in which he wrote on epiphanies, rhetorical speeches, sectarian leaders, and princes. Though he was neither a poet nor a philologist in the proper sense - al-Jahiz took a keen interest in almost any imaginable subject - the book is considered to have started Arabic literary theory in a formal, systemic fashion. Al-Jahiz's defining of eloquence as the ability of the speaker to deliver an effective message while maintaining it as brief or elaborate at will was widely accepted by later Arabic literary critics.

Concerning the Zanj, he wrote:

Everybody agrees that there is no people on earth in whom generosity is as universally well developed as the Zanj. These people have a natural talent for dancing to the rhythm of the tambourine, without needing to learn it. There are no better singers anywhere in the world, no people more polished and eloquent, and no people less given to insulting language. No other nation can surpass them in bodily strength and physical toughness. One of them will lift huge blocks and carry heavy loads that would be beyond the strength of most Bedouins or members of other races. They are courageous, energetic, and generous, which are the virtues of nobility, and also good-tempered and with little propensity to evil. They are always cheerful, smiling, and devoid of malice, which is a sign of noble character.

The Zanj say that God did not make them black in order to disfigure them; rather it is their environment that made them so. The best evidence of this is that there are black tribes among the Arabs, such as the Banu Sulaim bin Mansur, and that all the peoples settled in the Harra, besides the Banu Sulaim are black. These tribes take slaves from among the Ashban to mind their flocks and for irrigation work, manual labor, and domestic service, and their wives from among the Byzantines; and yet it takes less than three generations for the Harra to give them all the complexion of the Banu Sulaim. This Harra is such that the gazelles, ostriches, insects, wolves, foxes, sheep, asses, horses and birds that live there are all black. White and black are the results of environment, the natural properties of water and soil, distance from the sun, and intensity of heat. There is no question of metamorphosis, or of punishment, disfigurement or favor meted out by Allah. Besides, the land of the Banu Sulaim has much in common with the land of the Turks, where the camels, beasts of burden, and everything belonging to these people is similar in appearance: everything of theirs has a Turkish look.

Al-Jāḥiẓ returned to Basra with hemiplegia after spending more than fifty years in Baghdad. He died in Basra in the Arabic month of Muharram in AH 255/December 868-January 869 CE. His exact cause of death is not clear, but a popular assumption is that Jahiz died in his private library after one of many large piles of books fell on him, killing him instantly. 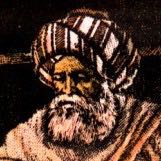 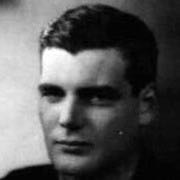 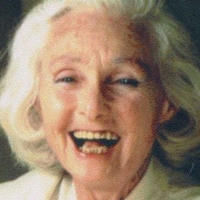