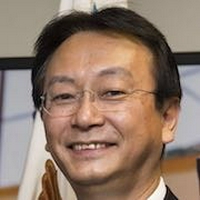 Eto is a politician of the Liberal Democratic Party, a member of the House of Representatives in the Diet (national legislature). A native of Towada, Aomori, he attended Nihon University as both undergraduate and graduate. He was elected for the first time in 1996 but lost his seat in the re-election four years later. He was re-elected in 2003. Like Abe and most members of the Cabinet, he is affiliated to the openly revisionist organization Nippon Kaigi.

The contents of this page are sourced from Wikipedia article on 08 Mar 2020. The contents are available under the CC BY-SA 4.0 license.
View Akinori Eto 's image gallery
Image Gallery