Rahunen was the 1989 winner of the Under-18s European Junior Tennis Championships, held in Prague.

He performed well in the 1990 ATP Tour, reaching quarter finals at Stuttgart, Umag and Båstad. In Stuttgart he defeated top 50 players Javier Sánchez and Amos Mansdorf, both in straight sets. He was also a semi finalist at the Florence Open that year and reached the third round of the 1990 French Open.

In the Davis Cup he appeared in 10 singles matches for the Finnish team, with a 6–4 record. He helped Finland qualify for the World Group in 1990.

The contents of this page are sourced from Wikipedia article on 07 Mar 2020. The contents are available under the CC BY-SA 4.0 license.
comments so far.
Comments
From our partners
Sponsored
Reference sources
References
http://www.itftennis.com/procircuit/players/player/profile.aspx?playerid=10001140
http://www.atpworldtour.com/Tennis/Players/Ra/A/Aki-Rahunen.aspx
http://www.daviscup.com/en/players/player/profile.aspx?playerid=10001140 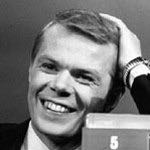