Alex Joseph "AJ" Pritchard (born 5 November 1994) is a British dancer and choreographer, best known for his role as a professional dancer in the BBC One dance series Strictly Come Dancing. In 2013, Pritchard auditioned for the seventh series of Britain's Got Talent along with his partner Chloe Hewitt and reached the semi-finals.

Pritchard was born in Sneyd Green, Stoke-on-Trent. He began dancing at the age of 12, and his parents partnered him with Chloe Hewitt from their dance school. Together, they have represented Britain in dance competitions around the world, and won the National Youth Latin Championships for three consecutive years between 2012 and 2014. In 2015, AJ & Chloe also became the British Open Youth Latin Champions and the European Youth Latin Champions, as well as making it to the semi final in Britain's Got Talent in 2013.

Britain's Got Talent and other television

In 2013, Pritchard and his professional dance partner Chloe Hewitt auditioned for Britain's Got Talent, receiving acclaim from the judges and audience. The pair eventually reached the live semi-finals.

AJ has a younger brother, Curtis, a fellow professional, who appears on Dancing with the Stars in Ireland and has toured with Natalie Lowe, Louis Smith and Jay McGuiness in the stage show Rip It Up.

In September 2018 Pritchard took part in BBC's Celebrity MasterChef leaving the show after his apple crumble infuriated the judges.

In October 2018 he partnered Louis Smith in the celebrity version of Hunted, in aid of Stand Up to Cancer. Pritchard and Smith split up during the series, leading to Smith being caught on Day 9 and Pritchard eventually going on to win the show on Day 14, alongside MP Johnny Mercer.

In July 2019, it was announced that Pritchard, along with his brother Curtis, would appear as guest choreographers on the BBC Three reality series RuPaul's Drag Race UK.

In 2016, Pritchard appeared as a professional in the BBC dance show, Strictly Come Dancing for its fourteenth series. He was partnered with Olympic artistic gymnast Claudia Fragapane. They were eliminated in the semi-finals on 11 December 2016, finishing in 4th place overall. In his first series, Pritchard received praise for his innovative choreography.

Pritchard returned to Strictly the following year for his second series, and was partnered with Mollie King, a singer and former member of girl group The Saturdays. The pair made it to week 12, being knocked out at the semi-final stage and finishing in 5th place overall.

In his third series, in 2018, he was partnered with British Paralympic athlete Lauren Steadman. They were eliminated at the semi-final stage, finishing in 5th place, in Pritchard's third consecutive semi-final elimination.

In March 2019, Pritchard was confirmed to be returning to Strictly for his fourth series. In September 2019. it was revealed that he would partner vlogger Saffron Barker. They were eliminated on week 10, making this the first and only series where Pritchard failed to reach the semi-final.

Despite being confirmed in the 2020 professional line-up, on 26 March 2020, Pritchard announced that he was leaving the show in order to pursue a career in presenting.

He partnered television presenter YouTube personality and author Saffron Barker for the seventeenth season of Strictly Come Dancing. They were eliminated in week 10, coming sixth.

On 27 December 2018, Pritchard and his brother Curtis, along with two others, were attacked in an "unprovoked assault" on a night out in Nantwich. Pritchard suffered bruising to his face, arms, legs and body, while Curtis needed an emergency operation to his knee and would no longer appear on Dancing with the Stars in Ireland in January 2019. AJ is also currently dating professional dancer Abbie Quinnen. AJ and Abbie announced their relationship by interview with magazine OK. 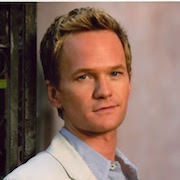 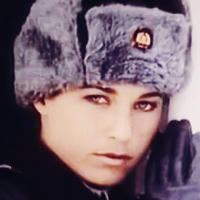