Aishah Jennifer Mohamed Sinclair (born October 27, 1980) is an actress and television host from Malaysia. Currently she is the face of product Olay Total Effect and the spokesperson for Yayasan Anak Warisan Alam (YAWA), a Malaysian non-profit organization established to instill a love of the environment in youths.

Aishah was born to parents Mohamed Anthony John Sinclair and Khadijah Abdul Rahman who are of British (Irish-English-Scottish) and Malay descent respectively. She has an older brother Ashraf, who is also an actor, and a younger brother, Adam.

Aishah started her career in the entertainment industry by first appearing in an advertisement for Pepsi in 1998. She then moved on to hosting and acting.

Together with her brother Ashraf, and actress Sazzy Falak, they have recently formed an entertainment based company, SinclairFalak Sdn Bhd. The company, famous for its Acting Saved My Life! Success Series Workshop, illustrates the trio's synergy and Aishah's determination to thrive in the industry.

Missionary in malaysia and singapore 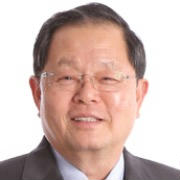