Aimee Allen is an American singer-songwriter based in Los Angeles, California. She is currently the lead vocalist for the ska-punk band The Interrupters under the moniker Aimee Interrupter. As a singer-songwriter, she has collaborated with Sublime with Rome, Tim Armstrong of Rancid, Billie Joe Armstrong of Green Day, Linda Perry, Lee "Scratch" Perry, and Jimmy Cliff.

Allen was born in Montana. She has said that she had a "rough upbringing," and "ended up in a foster home at a young age and moved from school to school." Growing up, Joan Jett was a big influence and inspiration for Allen.

Allen began singing in bands in Montana, and moved to Los Angeles at the age of 18 to pursue a career in music. In Los Angeles, she was lead singer of a punk band with members of No Motiv, called Forum; after the band's record deal with MCA fell through, Allen signed a solo deal with Elektra Records in 2002.

Allen was signed to Elektra after producer Randy Jackson saw her band perform live and heard her demo. Her debut album I'd Start a Revolution (If I Could Get Up in the Morning), featuring tracks produced by Mark Ronson and Don Gilmore, was recorded in 2003 but never released due to the label being absorbed by Atlantic Records in 2004. The label did, however, release her first single "Revolution”, which was the theme for the WB television series Birds of Prey.

Allen contributed to the writing of Unwritten Law's 2005 album Here's to the Mourning, including the single “Save Me (Wake Up Call)”, which was co-written and produced by Linda Perry and reached number 5 on the Billboard Alternative Songs chart. A brief romantic relationship between Allen and Unwritten Law lead singer Scott Russo resulted in a side project called Scott & Aimee. Their album Sitting in a Tree was released in 2007 by Side Tracked Records.

In 2007, her song "Stripper Friends" was re-worked and recorded by Kevin Michael featuring Lupe Fiasco as "We All Want the Same Thing". That year, Allen sang the song "Cooties" on the soundtrack to the 2007 film Hairspray.

In 2008, Allen supported presidential hopeful Ron Paul by recording "Ron Paul Revolution Theme Song”, and performing at events during the 2008 campaign. She sang backing vocals on Lee "Scratch" Perry’s 2008 album Repentance. Also in 2008, she was co-host of the Suicide Girls radio show on Indie 103.1 FM in Los Angeles.

Allen released her self-produced first solo album, A Little Happiness, on July 21, 2009, on Side Tracked Records with ADA/Warner Brothers. It debuted at #27 on the Billboard Heatseekers chart. In support of A Little Happiness, Allen opened for Sugar Ray on their 2009 tour.

In 2011, Allen formed the ska/punk band The Interrupters with brothers Kevin, Justin, and Jesse Bivona. The four met in 2009 on a tour that had Allen, a solo artist at the time, and the Bivona brothers' band, The Telacasters, supporting Dirty Heads and Sugar Ray. Allen and Kevin started writing songs together and brought Kevin's brothers, twins Jesse and Justin, in to play drums and bass leading to the formation of The Interrupters. 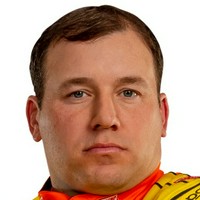 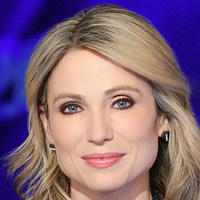