Ahmad Syaikhu (born 23 January 1965) is an Indonesian politician who served as the vice mayor of Bekasi between 2013 and 2018. A member of the Prosperous Justice Party, he was elected as the deputy of Rahmat Effendi in 2013.

Born in Cirebon Regency, he studied accounting and worked as a government auditor before being elected into Bekasi's city council and later the West Java Provincial Council. He ran as Mayor of Bekasi and Vice Governor of West Java in 2008 and 2018, respectively, but both bids failed.

Syaikhu was born in Ciledugkulon village, Ciledug, Cirebon Regency on 23 January 1965. His father was a civil servant. Syaikhu completed his basic education there, moving to a separate school once during elementary due to his father's reassignment, before proceeding to study accounting.

He began his career in 1986 as a government auditor in South Sumatra. After three years there, he moved to become an auditor for the central government.

He once more participated in the 2013 mayoral election as the running mate to Rahmat, with the pair winning with 43 percent of votes in the five-candidate race. They were sworn in on 13 March 2013. In 2015, he was elected as the chairman for the Prosperous Justice Party's West Java branch.

Syaikhu ran as the running mate to Sudrajat in the 2018 gubernatorial election for West Java. Although they initially placed low in opinion polls (around 4 percent), the pair exceeded expectations and placed second behind Ridwan Kamil/Uu Ruzhanul Ulum, winning 28.74 percent.

Following the end of his tenure in Bekasi, he registered to run under PKS as a candidate for the People's Representative Council. Later, he was brought forward as a candidate to replace Sandiaga Uno as the Vice Governor of Jakarta.

He is married to Lilik Wakhidah and the couple has six children.

Syaikhu founded several organizations focusing on Islamic education. In addition, he is an avid shooter, having served as chairman of Bekasi's shooting and hunting association.

The contents of this page are sourced from Wikipedia article on 24 Jun 2020. The contents are available under the CC BY-SA 4.0 license.
View Ahmad Syaikhu 's image gallery
Image Gallery 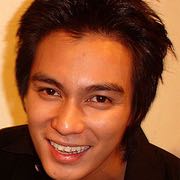