Agneta Marianne Frieberg (2 June 1945 – 10 May 1971) was a Swedish fashion, commercial, and runway model and activist who was known during the 1960s and early 70s. She was signed to Ford Models in America. Frieberg appeared on more than 100 magazine covers. During her lifetime she had also modeled for a number of different brands including Catalina Swimwear and Clairol. Frieberg died from falling out a French hotel in Paris on 10 May 1971. Her death was subject to much publicity and controversy.

Frieberg was born on 2 June 1945 in Sweden. While in her teenage years, Agneta and her family moved from Sweden to Marin County, California. Frieberg's mother, Cecilia Frieberg, was a Montessori school teacher and her father, Bengt O. Frieberg, was a businessman and inventor. Agneta was the oldest of four children.

Frieberg in her parents backyard in Sweden in 1967.

In 1959, Frieberg and her parents along with brother, Magnus, and sister, Marianne, moved to California from their native country Sweden. They had taken a vacation the following year in 1960 to New York City. While walking around New York, Frieberg had caught the attention of Ford Models owner and modeling agent Eileen Ford. Ford quickly approached Frieberg and discussed her want to sign Frieberg to her agency. Frieberg was granted permission from her parents and was able to sign to Ford soon after. Her career started shortly after she gone home.

Frieberg had dated painter Jack Youngerman. After dating Jack for several years, they broke up due to unknown reasons.

In the mid-1960s, Frieberg appeared on the bottle of Clairol's product "Great Body". Frieberg also appeared in several advertisements, commercials, and merchandise for the Great Body conditioner. In February 1966, in an issue of the magazine Glamour, the editors described Frieberg along with nineteen other models as a "supermodel", also adding that Frieberg was "Innocent, tall, and fresh." That same year, Frieberg was the cover model for Glamour's Beauty Book. Later in 1966, Frieberg appeared in the famous Ormond Gigli photo of the sixties' top Ford models. In 1968, Frieberg was featured in her agent and Ford Models founder Eileen Ford's first book, Eileen Ford's Book of Model Beauty.She appeared on an episode of the television show The Man from U.N.C.L.E..

Frieberg briefly appeared in her boyfriend Louis Faurer's documentary Time Capsule, which captured Time Square and other parts of New York City over a span of several years. The film was recently rediscovered after being lost in Faurer's archives. The film is currently being shown in a show at Milwaukee Museum in New York City.

The American Hospital of Paris

In 1971, at the young age of twenty-five, Frieberg died in Paris, France. Frieberg was staying in a hotel on the top floor, when she fell out of the window. Frieberg lingered in The American Hospital of Paris for ten days until eventually dying on 10 May 1971, which happened to be Mother's Day.

There were various speculations that Frieberg had been pushed instead of falling. The autopsy that was conducted at the time had showed that Frieberg had no drugs or alcohol in her system at the time of her death. American author Michael Gross wrote false claims about Frieberg in his book Model: The Ugly Business of Beautiful Women where he referred to her as a German model who died while on drugs. 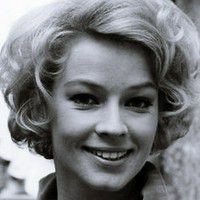