Agnes of Poitou
The basics

Agnes married King Henry III of Germany in November 1043 at the Imperial Palace Ingelheim. She was his second wife after Gunhilda of Denmark, who had died from malaria in 1038. This marriage helped to solidify the Empire's relationships with the princely houses in the west. King Henry was able to improve his position versus the French royal dynasty and to exert his influence in the Duchy of Burgundy. Agnes, like her husband, was of profound piety, her family had founded Cluny Abbey and Abbot Hugh the Great was godfather of her son Henry IV.

After her husband's death on 5 October 1056, Agnes served as regent during on behalf of young son, Henry IV. Henry III had secured the election of his son as King of the Romans on his deathbed. Agnes, aided by Hugh of Cluny and Pope Victor II, also Bishop of Eichstätt, tried to continue her husband's politics and to reinforce the rule of the Salian dynasty. However, despite being related to kings of Italy and Burgundy, she was not known as a quality leader. In order to forge alliances, she would give away three German duchies: already on Christmas 1056, the Ezzonid scion Conrad III, a nephew of Count palatine Ezzo of Lotharingia, received the princeless Duchy of Carinthia. The next year she enfeoffed Rudolf of Rheinfelden with Swabia, appointed him administrator of Burgundy and offered him the hand of her daughter Matilda (according to the medieval chronicler Frutolf of Michelsberg Rudolf had possibly abducted her and extorted the betrothment). However, late Henry III had promised the Swabian duchy to Berthold of Zähringen, who in turn had to be compensated with Carinthia upon Conrad's death in 1061. At the same time, while German forces interfered in the fratricidal struggle of King Andrew I and Béla I of Hungary, Agnes ceded the Duchy of Bavaria to Count Otto of Nordheim. He reached a settlement with Hungary by enforcing the coronation of Andrew's son Solomon but later became a bitter rival of her son Henry IV.

Though initially a follower of the Cluniac Reforms, Agnes opposed the contemporary papal reform movement, and took the side of Italian dissidents who did as well. Things had worsened after the death of Pope Victor II in 1057: his successor Stephen IX, who was unable to take actual possession of Rome due to the Roman aristocracy's election of an antipope, Benedict X, sent Hildebrand of Sovana and Anselm of Lucca (respectively, the future Popes Gregory VII and Alexander II) to Germany to obtain recognition from Agnes. Though Stephen died before being able to return to Rome, Agnes' help was instrumental in letting Hildebrand depose the Antipope and with Agnes' support replace him by the Bishop of Florence, Nicholas II. However, on Easter 1059 Nicholas issued the papal bull In nomine Domini establishing the cardinals as the sole electors of the pope, detrimental to the interests of the emperor. When Pope Alexander II was elected on 30 September 1061, Agnes refused to acknowledge him and had Antipope Honorius II elected; a schism that did not end until Pentecost 1064. The empress' candidate could not prevail against the Roman Curia; in consequence, Agnes retired from politics, leaving the regency to her confidant Bishop Henry II of Augsburg.

Bishop Henry did not receive wide acceptance due to his awkward and haughty manners, not least with a view to rumours about his relationship with the Empress as rendered by the chronicler Lambert of Hersfeld. Moreover, the fact that the heir to the throne was raised by common ministeriales led to anger with the princes. In 1062, young Henry IV was abducted by a group of men, including Archbishop Anno II of Cologne and Otto of Nordheim, in a conspiracy to remove Agnes from the throne, referred to as the Coup of Kaiserswerth. Henry was brought to Cologne, and despite jumping overboard from a board to escape, he was recaptured again. Agnes resigned, as ransom, from the throne, and Anno together with the archbishops Siegfried of Mainz and Adalbert of Bremen took her place. According to Frutolf of Michelsberg she retired to Fruttuaria Abbey after the dethroning, and when Henry IV reached majority moved to Rome, where her arrival in 1065 is documented by Peter Damian. Agnes went on to act as a mediator and peacemaker between her son and the papacy. She died in Rome on 14 December 1077 and is buried at St. Peter's Basilica.

Agnes is a featured figure on Judy Chicago's installation piece The Dinner Party, being represented as one of the 999 names on the Heritage Floor. 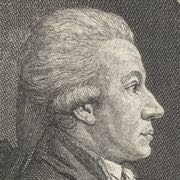 Roman landowner murdered by his slaves