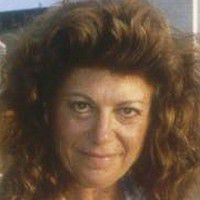 Agnes Denes (Dénes Ágnes; born 1931 in Budapest) is a Hungarian-born American conceptual artist based in New York. She is known for works in a wide range of media - from poetry and philosophy writings, to complex hand and computer rendered diagrams (which she terms Visual Philosophy), sculpture, and international environmental installations, such as Wheatfield -- A Confrontation (1982), a two-acre wheatfield in downtown Manhattan.

Born in Budapest, Hungary in 1931, her family survived the Nazi occupation and moved to Sweden in the mid-1940s. When she was a teenager, they relocated again to the United States. She has said that the repeated change in language caused her to focus on the visual arts - having "suddenly been silenced." She studied painting at the New School and Columbia University in New York, and exhibited and sold some of her work. She soon abandoned painting, due to the constraints of the canvas, and focused broadly on ideas she could explore in other mediums, saying, "I found its vocabulary limiting."

In the early 1970s, she left her uptown gallery to join the A.I.R. Gallery as a founding member. She has since participated in more than 450 exhibitions at galleries and museums throughout the world, and has written 6 books. At some point in the late 1960s-1970s, she was married and has one son, Robert T. Frankel.

As a pioneer of Land Art, Agnes Denes created Rice/Tree/Burial in 1968 in Sullivan County, New York. Acknowledged as the first site-specific performance piece with ecological concerns, it was enacted ten years later on an expanded scale at Artpark in Lewiston, New York. This performance piece involved planting rice seeds in a field in upstate New York, chaining surrounding trees and burying a time capsule filled with copies of her haiku. "It was about communication with the earth," Ms. Denes said, "and communicating with the future.""

During her time at Artpark, Denes recreated her Rice/Tree/Burial piece from 1968. In 1977, she planted a half acre of rice 150 feet above the spot where Niagara Falls has originally formed. The land itself that she worked on was known to have been an industrial dumping ground, which affected the quality of the rice. In 1978, she continued the project by chaining together trees in the forest in the park to symbolize interference with growth. On August 20, 1979, Denes buried her haiku poems at 47° 10′ longitude, 79° 2′ 32″ latitude set to be opened in the twenty-third century. The capsule also includes microfilmed responses of university students to questions about the nature of humanity. Along with the rice, time capsule, and ceremonial chaining of trees in the park, Denes filmed footage of Niagara Falls for this iteration of Rice/Tree/Burial to "add natural force as the fourth element and fuse the other three". Her poetry that she included as well as personal accounts of her experiences working on this series in the park is featured in the 1977 Artpark Program in the Visual Arts.

Researcher Jennifer Seaman Cook argues that Artpark's public funding for experimentation was instrumental in the development of Denes' work, precursing her 1982 field of wheat project overlooking the Twin Towers from Battery Park. The Artpark residency program gave artists the space to experiment with these themes in land art and other emergent media.

After months of preparations, in May 1982, a 2-acre wheat field was planted on a landfill in lower Manhattan, two blocks from Wall Street and the World Trade Center, facing the Statue of Liberty. Two hundred truckload of dirt were brought in and 285 furrows were dug by hand and cleared of rocks and garbage. The seeds were sown by hand and the furrows covered with soil. The field was maintained for four months, cleared of wheat smut, weeded, fertilized and sprayed against mildew fungus, and an irrigation system set up. The crop was harvested on August 16 and yielded over 1000 pounds of healthy, golden wheat.

A monumental earthwork reclamation project and the first man-made virgin forest, situated in Ylöjärvi, Western Finland. The site was dedicated by the President of Finland upon its completion in 1996 and is legally protected for the next four hundred years.

A Forest for Australia reforestation of Red Gum, She Oak, and Paperbark trees in Melbourne Australia 1998

6000 trees of an endangered species with varying heights at maturity were planted into five spirals by the artist, creating a step pyramid for each spiral when the trees are fullgrown. The trees help alleviate serious land erosion and desertification threatening Australia.

A 25-year master plan to unite a 100 kilometer-long string of forts dating from the sixteenth to the nineteenth centuries. Incorporating water and flood management, urban planning, historical preservation, landscaping, and tourism into a single plan.

A conceptual master plan was developed for the conversion of a 97-acre municipal landfill, surrounded by water on three sides in the San Francisco Bay, into an oasis for people and nature.

One in a series of large earth sculptures, The Living Pyramid, is the first Denes sculpture in New York City in over 3 decades. Sculpture is scheduled from May - August 2015.

Beginning in 1968, she began an intensive exploration of philosophy through art. The result was, according to Jill Hartz of Cornell University, "an amazing body of work, distinguished by its intellectual rigor, aesthetic beauty, conceptual analysis, and environmental concern."

What ties it all together is Ms. Denes's insistence on marrying ambitious intellectual ideas with exquisite formal execution. In contrast to many of her conceptual and land-art peers, she has always been deeply involved with drawing.

In the history of art there have been a few artists' artists—individuals who have emphasized in their work the raising of provocative questions and who have also tested the limits of art by taking it into new, unforeseen areas and by using it for distinctly new functions. Agnes Denes is one of these special artists.

A gallery exhibition can only suggest how far and wide the polymathic Ms. Denes has ranged over material and mental worlds during the past four decades. It would take a full-scale museum retrospective to do that. 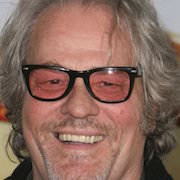 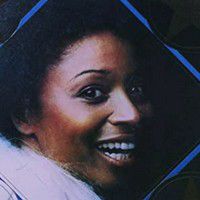